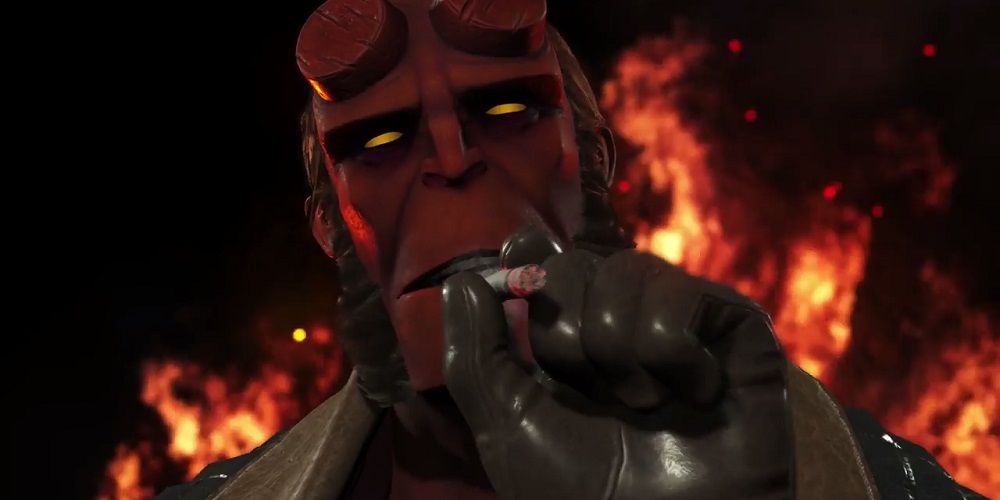 Light up a stogie and get to punching

The latest guest character is available for purchase in NetherRealm Studio’s comic-book fighter Injustice 2, and it’s none other than the dry-humoured half-demon himself, Hellboy.

Hellboy, creation of writer Mike Mignola, first arrived on the scene in the early 90’s, building up a huge, dedicated fan-following through publishers Dark Horse Comics. The character hit the mainstream consciousness upon the release of Guillermo Del Toro’s 2004 film adaptation.

Hellboy is now ready to rumble with DC’s finest in the one-on-one fighter, where he utilises ugly brawling tactics, short combos and power moves to dominate the opposition. Hellboy, priced at six bucks, follows Raiden and Black Manta as the final member of Fighter Pack #2.

In related news, Injustice 2 launches on PC today, although Hellboy will not be available on that format until a later date. Injustice 2 is available now on PS4, Xbox One and PC.