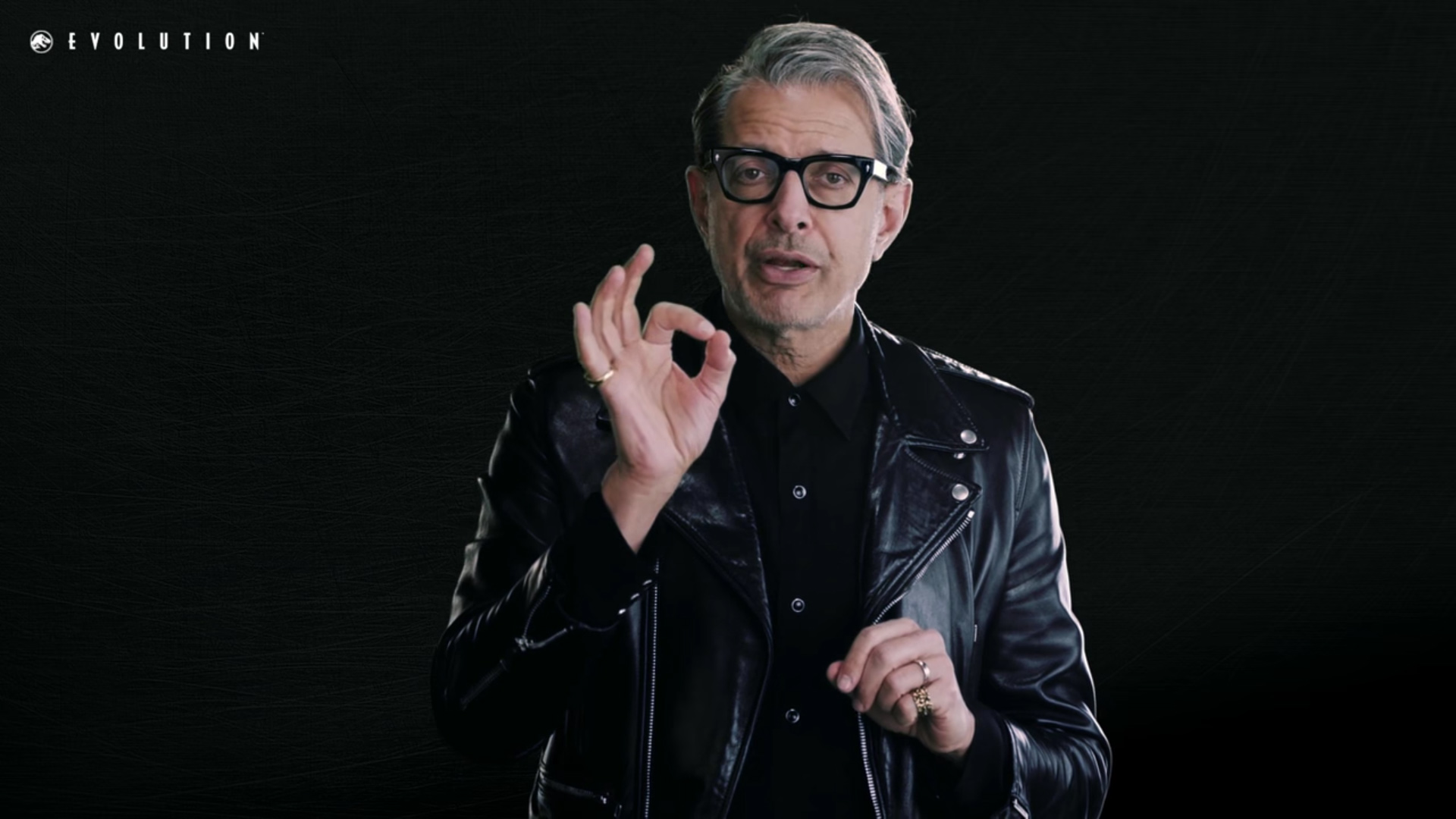 I want an out-of-character bonus mode

A dinosaur theme park management game from Frontier Developments is pretty much the dream scenario. Will Jurassic World Evolution live up to expectations? It’s too early to call. But one thing is certain: it’s got everyone’s favorite dad, and he’s “gonna be with ya the whole game.”

Jeff Goldblum is bringing back Dr. Ian Malcolm for Jurassic World: Fallen Kingdom and also Evolution. In the game, he “guides players through the moral choices and tactical decisions that will test their building and management skills as they attempt to successfully run their own Jurassic World.”

I’d say I posted this news entirely for the header image, but that’s not quite true — there’s also a video! Jeff Goldblum could speak about dang near anything and he’d still have the same mesmeric effect.

The image is good as hell, though.