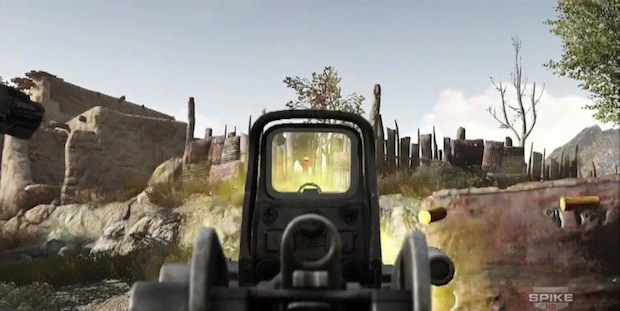 The new Medal of Honor is so modern, it has white Ford Rangers in it.

This evening’s reveal at the Spike Video Games Awards show convinced us that EA wasn’t kidding about kicking the veteran series into the present — the teaser footage had all the hallmarks of a modern combat-style game: helicopters, current arms,  a sand-covered backdrop, and enemies that aren’t Nazis.

Alas, there was no Cowboy (aka ‘The Bearded Warrior’) to be found in the footage. We’ll have to deal for now, I suppose, and hope for the sunnier days when we get to see the man destroy his enemies with a righteous (and bearded) fury.

Filed under... #EA DICE#Medal of Honor