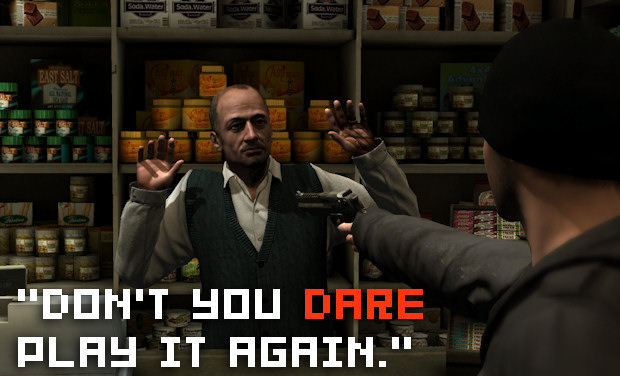 Replay value is one of the most desirable traits of any videogame, as developers try to convince cynical gamers that a new piece of software will be worth the $60 entrance fee. Of course, Quantic Dream doesn’t like to do things the way other developers do them, and has instead stated that Heavy Rain will have no real replay value. Playing the game through multiple times, even with the prospect of different endings, is a bad idea according to David Cage.

“I would like people to play it once … because that’s life. Life you can only play once … I would like people to have this experience that way,” explains Cage. “I’m fine with [people reloading saves to avoid bad endings], but the right way to enjoy Heavy Rain is really to make one thing because it’s going to be your story. It’s going to be unique to you. It’s really the story you decided to write … I think playing it several times is also a way to kill the magic of it.”

Those dastardly mavericks at Quantic Dream just won’t play by the rulebook! Damn those marvelous bastards.

Still, it’s a very risky move, telling customers that playing the game through more than once will ruin it. We’ll have to see if the unorthodox thinking will pay off for the company when Heavy Rain finally comes to the PS3 next year. I really hope it does, since I rate this studio very highly indeed.