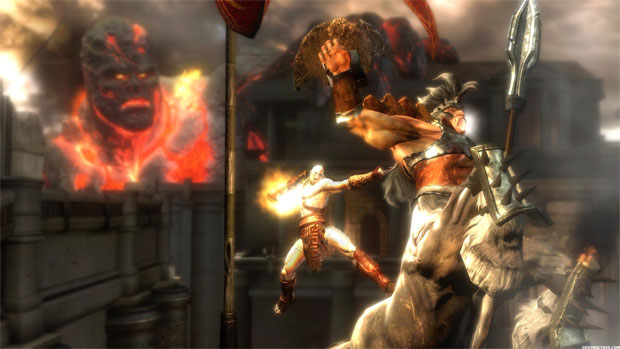 We kind of had an idea that God of War III was going to rock, but now it’s official — it’s actually going to rock.

In an interview today with Baltimore radio station 98 Rock, the lead singer for Orlando, Florida-based metal Trivium dropped the news that the group had just finished recording an original song for the upcoming PlayStation 3 exclusive.

“I don’t know if it’s been announced yet,” said singer/guitarist/gamer Matt Heafy, “but it is now.”

No other information was given, but we can only assume that guitars will crunch, beats will blast, and Heafy is going to growl some stuff… possibly about Zeus. When it comes to seeing Kratos do what he does best — ripping things to shreds — all of that sounds just about right.