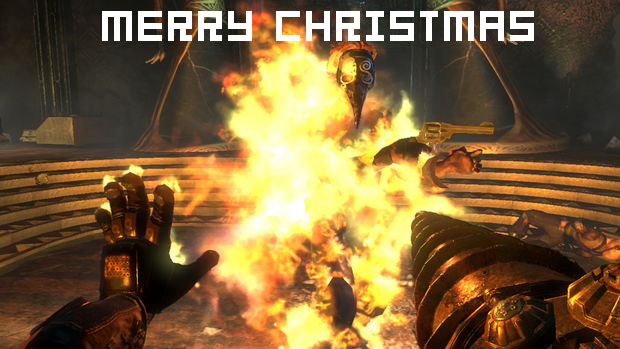 Ubisoft’s Michael de Plater was the creative director of EndWar, and he sees a different kind of war coming this Christmas/Holiday season — the war for your gift money. Because of this upcoming battle, de Plater sees games moving to a 2010 release instead, to make sure they do not get lost in the holiday shuffle.

“It’s a bit tough to launch a new IP exactly at Christmas when you’re head-to-head with blockbuster sequels,” said de Plater. “It’s interesting to see a number of big titles, like Heavy Rain, being targeted at 2010 to avoid the Christmas rush.

Hell, 2010 is going to be a sequel year. He forgot BioShock 2. And Final Fantasy XIII. Really, you should be asking for money and gift cards for Christmas instead of games.