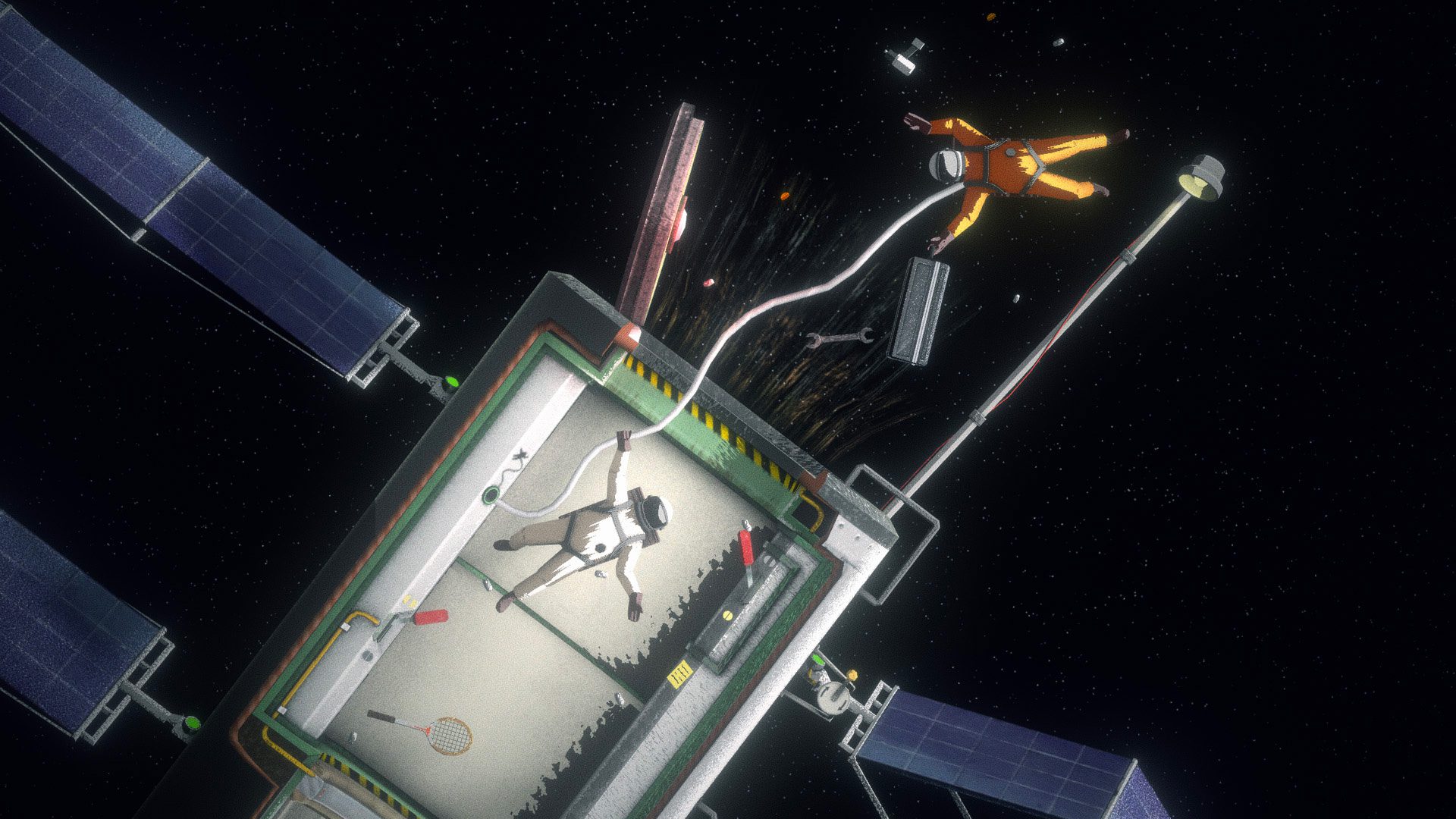 Bickering about silly stuff with a friend, family member, or loved one on earth is a hoot and all, but what’s it like in space? I’m eager to find out in Heavenly Bodies, a local co-op game (that also supports solo play) about a cosmonaut with a zero-gravity-challenged body.

I genuinely thought this game came out a while ago and I missed it, but nope, it’s releasing soon — on December 7 for PC, PS4, and PS5. For once, I’m ahead of the curve.

You know it’s going to be a wonky physics trip when five seconds into the trailer, they’re pumping the breaks to show us a visual representation of how the controller corresponds to your character’s individual body parts. The press release even name-checks QWOP.

That said, the movement system looks polished enough to avoid needless frustration, and the mid-century-inspired art direction is really clean. If I were to try and pitch my fiancée on teaming up for a “co-op astronaut game,” it probably wouldn’t go over very well. But a game with that summary that looks like this? I think Heavenly Bodies will speak for itself.

“We’ve always been interested in the romantic portrayal of space travel from past decades,” said 2pt Interactive’s Alexander Perrin and Joshua Tatangelo. “Heavenly Bodies is our attempt to capture the grandeur of this time against the nuance and humour of our awkward bodies in zero-gravity environments. The result is a game that looks serious but provides a funny and challenging experience.”

A note on controls: the PS5 version has different DualSense feedback for every type of material, and the PC version doesn’t have keyboard support — it’s gamepad only.

From the trailer, I’m into low-stress activities like calmly watering the plants or hauling cargo through the station. The to-do list item that terrifies me most is literally anything to do with floating freely outside without a tether. Oh my god, it’s already giving me a pit.