Along with announcing a new expansion pack for Hearts of Iron IV at PDXcon today, a new physical collector’s edition was also announced in part for the anniversary of its release on June 6, 2017 and also for celebrating the one million sales mark. The Anniversary Edition, which will come with the new expansion Man the Guns, is quite the doozy, but I do question the way they are releasing it.

The base Anniversary Edition will run you $169.99 and comes with the base Hearts of Iron IV game, the Man the Guns expansion, and a beautiful alternate history statue of the Italian Empire toppling Big Ben. Yes in some alternate universe the Italians decided to not go into battle with horses and actually managed to not get crushed by 1943. For just $10 more, you can get the Anniversary Edition Plus that will include every expansion released up until now as well as the statue. 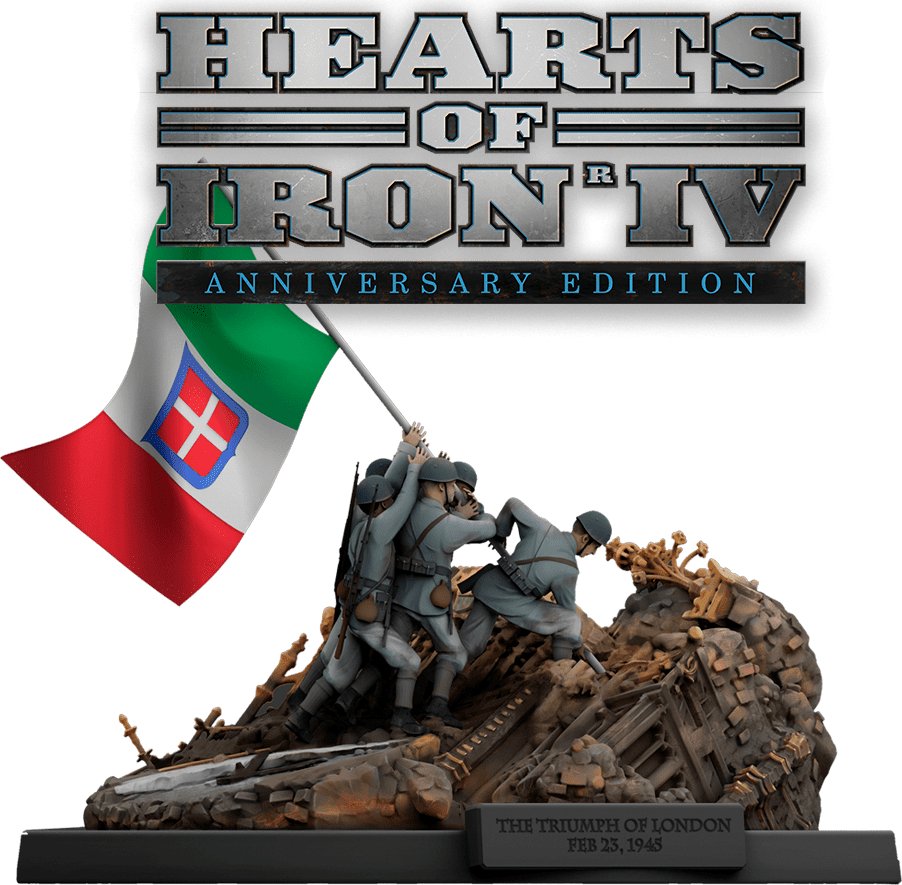 Commenting on the surprise success of the World War II grand strategy game, director Dan Lind said “When we released the game, we didn’t know it was going to be such a success, we did not dare make a big physical collector’s edition. It feels great to be able to make something like that now – both as Game Director and as someone who loves miniatures!” Hearts of Iron IV joins Crusader Kings II, and Europa Universalis IV as the only Paradox games that have reached the million sales mark.

Now onto why I’m questioning how they are releasing it. For fans of the game that bought it day one (read: me), it kinda hurts to think that if I want this statue, I will have to buy the game all over again. Just seems kinda like tacking on something I don’t need when they could just as easily sell the statue and expansion sans the base game.

As for the Man the Guns expansion, not much is being talked about in specifics right now but the focus will be on naval battles and warship design as well as bringing a new national focus for the United States. Fuel will also make a return to the series, a bit of news that made the crowd present at the conference cheer loudly. The expansion will release sometime this year and will be available for purchase separately from the Anniversary Edition.