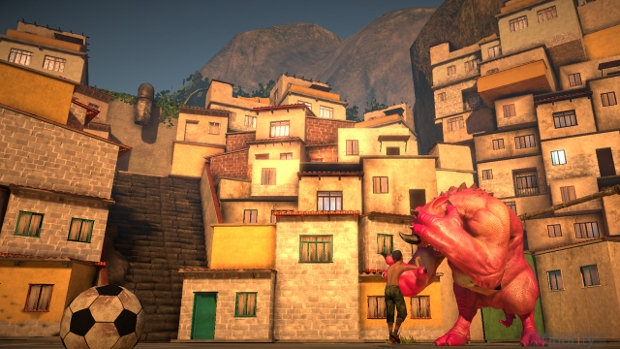 Spread the love and the sadness

The mind behind the great Papo & Yo, Vander Caballero, recently revealed to Game Informer that the game will be making its way to Steam next month, on April 18.

Papo & Yo was the (game-related) highlight of my entire E3 2012 and when it came time to review it, our own Fraser Brown gave it high marks.  It’s an incredibly moving, affective tale couched in thoughtful game mechanics. For those who don’t know, the game acts as an allegory for Caballero’s childhood relationship with his abusive, alcoholic father. Beneath the ironically cheery colored slums and general whimsy lurks a darkness.

When I talked to Caballero at E3, what stood out to me was his intent on making games to help people, including young people that might be dealing with similar issues and need a coping mechanism, much how he used videogames to cope as a youth. With the game being released on another platform, hopefully these good vibes can extend even further.