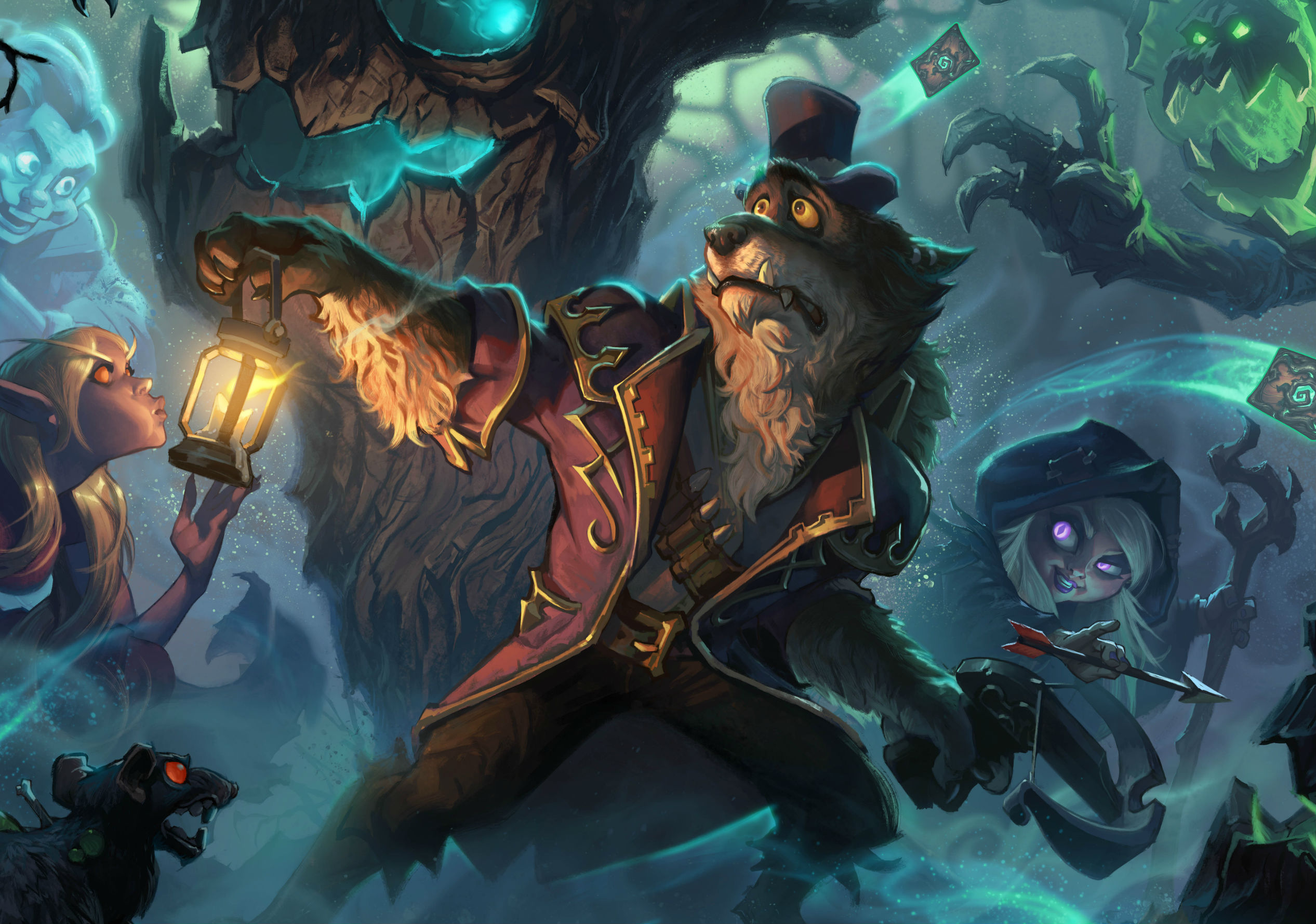 Recently Hearthstone announced its next big wave of content, and they’re following up on the start of that wave rather quickly.

Witchwood, the horror themed expansion that centers around Worgen, among other denizens of the Warcraft world, is coming on April 12. It brings back the alternate PVE element they’ve been pushing lately, as it’ll feature “Monster Hunt” — a new gauntlet-esque mode with unique heroes.

The expansion will also feature a new “In a Dark Wood” card back, the Greymane hero, and the echo (you can play them multiple times after playing them with ghost copies that disappear) and spell keywords. It also has a neat sounding worgen effect, where certain cards change forms between human and worgen in your hand between rounds and remain in that form when played.