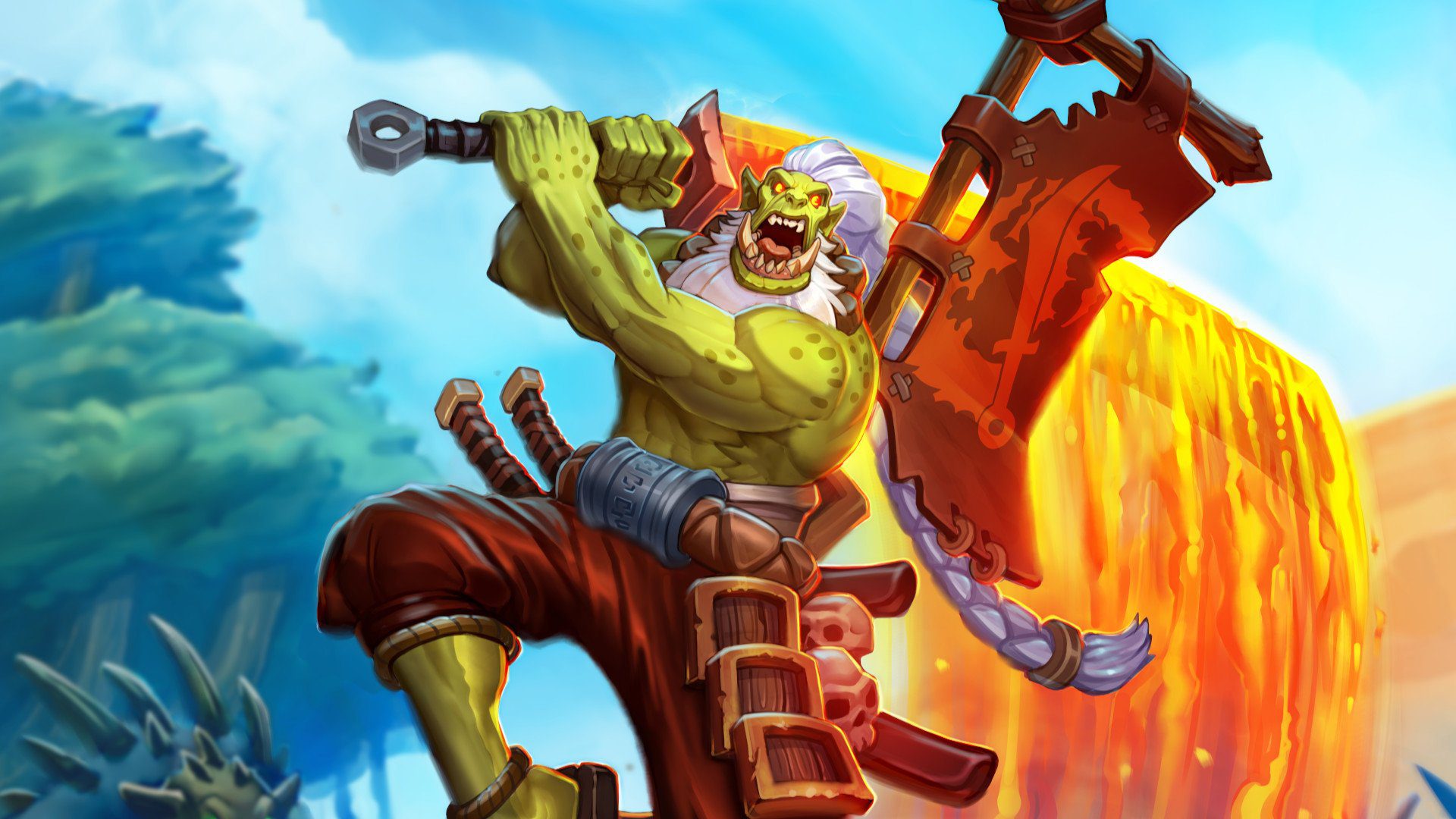 I’m liking some of the new decks

I don’t like to cover every Hearthstone set, because some are way more impactful than others.

But when there’s a full standard rotation, it’s kind of a big deal. Forged in the Barrens is a pretty hefty shakeup for the entire game, mostly because it also coincides with the recent new Core Set of cards.

So in case you missed it, Hearthstone just reworked every class by default due to its new “Core Set” system.

A ton of staples that are staple deckbuilding options are now gone, replaced with new cards that suit the ever-shifting meta a little more. Classes that were not getting a lot of love last expansion started to garner a little more interest, and the meta changed. Forged in the Barrens, a highly thematic set aimed at tugging at your nostalgia strings, just launched on March 31, and even further blew the doors open on constructed play.

I’ve been messing around with multiple new standard decks in earnest (Poison Rogue, Aggro Demon Hunter, Taunt Druid, Rush Warrior, Murloc Shaman), and all of them feel very different to play than a few of those archetypes did several months ago. More importantly, a few of these actually feel more viable now, too.

Aggro Demon Hunter has been one of my most-played actually, and the new Core Set changes feel like they should have been implemented at the launch of the class. Some of the Outcast (a mechanic that enhances cards when they’re played on the fringes of your hand) combos are really slick now and it plays like a new class.

I’m also a big fan of some of the new Barrens cards. Frenzy (you trigger an effect after it survives damage, much like Spellburst triggers off of a spell) is a minion-centric keyword and you can hardly ever go wrong with a minion-focus in Hearthstone; as it’s one of its most fun and thematic elements. Cards like the Watch Posts are unique wrinkles that can’t attack, but buff your deck in passive ways.

The new Tavern Pass, which is going forward with each expansion whether we like it or not, seems like an improvement so far. I mean Blizzard already reacted to the justified outrage for the miserly original concept, and the Barrens pass even further iterates on that. Now there are 100 levels on the rewards track instead of 50, but the level requirements are halved. This means more consistent rewards, and when you pop a huge quest, you’re getting multiple pings for rewards instead of, in some cases in the old system, nothing.

The “free” track is also pretty rewarding, and provides the bulk of the bonuses (the top track gives XP boosts, which are still really suspect in my eyes as this isn’t typically done for battle passes, and cosmetics). There are multiple stretches where all of the rewards are for the free track only, in fact. If you take a look at the screenshot above, I’m actually at level 28/100 already with no XP boosts and no pass at the time of publication.

Little by little Heartstone is pulling out of the rut it was in for some modes this past year or so. A lot of folks (myself included) flocked to Battlegrounds to escape some of those annoyances: but between the Core Set revamp, the rotation shakeup, and the tavern pass upgrades, I’ve found myself gravitating more toward standard play than usual.