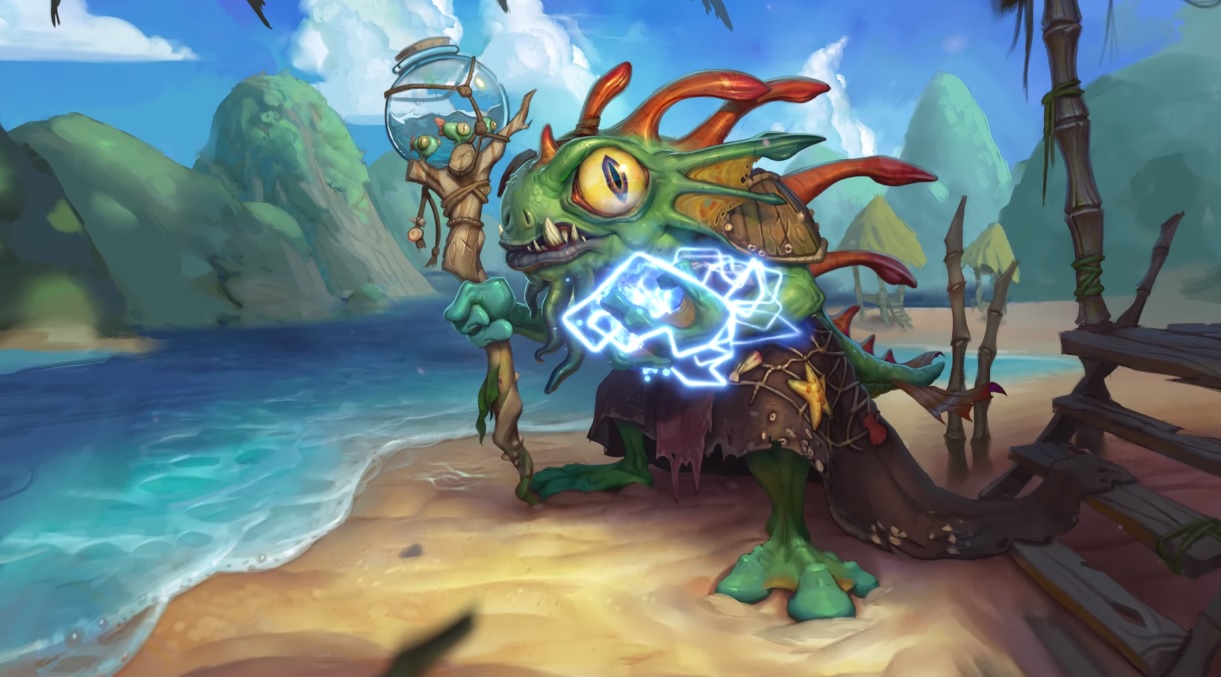 Man Murlocs are great. Their ridiculous rallying cry is equal parts cute and terrifying, and I’m ready and willing to accept any and all of their additions to the Warcraft series. That includes the new Hearthstone hero Morgl (a Shaman), who is so amazing that I might have to jump through all the hoops needed to get him.

Just like the annoying Vulture promotion for Heroes of the Storm, he’s linked to a recruit-a-friend campaign. To get him, you’ll need to invite a friend (or, unofficially, recruit an alt account) and have them get 20 total levels across all their heroes. You can also net four classic packs if you recruit four people and have them reach 20.

It’s not the biggest time sink in the world, but as I stated, it is mildly annoying. But for all the Murlocs out there, I’ll do it eventually.