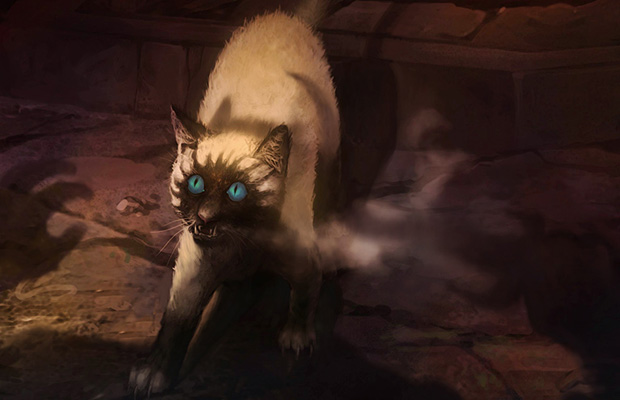 Blizzard plans to roll out its Curse of Naxxramas expansion for Hearthstone over a five-week period, with a new wing opening up each week. Here’s how the pricing works.

The first wing, the Arachnid Quarter, will be free during its launch event, lasting “roughly a month or so.” Plenty of time. From there, the four remaining wings will be purchasable for 700 in-game gold, or $6.99 each, once released. Hope you’ve been saving up!

There will also be bundles offering extra savings versus buying wings individually. For instance, you can get the next four wings for $19.99 when purchased together. Look over Blizzard’s images below for the full breakdown, including European pricing.

After clearing all of the bosses in a wing, you’ll unlock the Heroic mode for that area. They’ll return much tougher than normal and reward you with a new card if you win. Sounds fun! 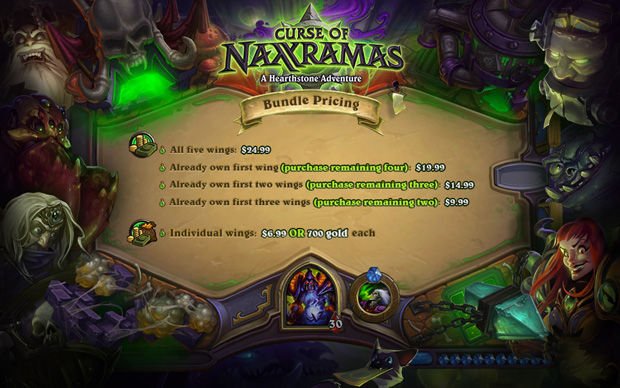 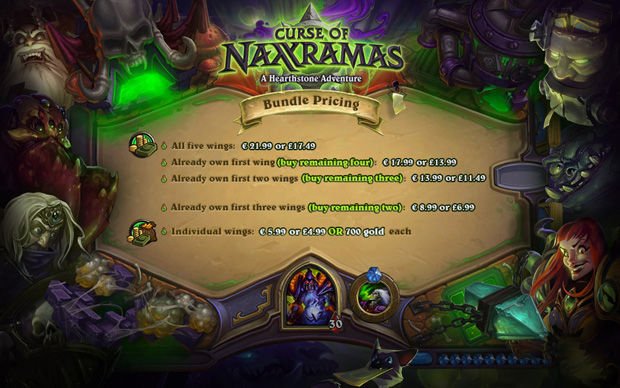