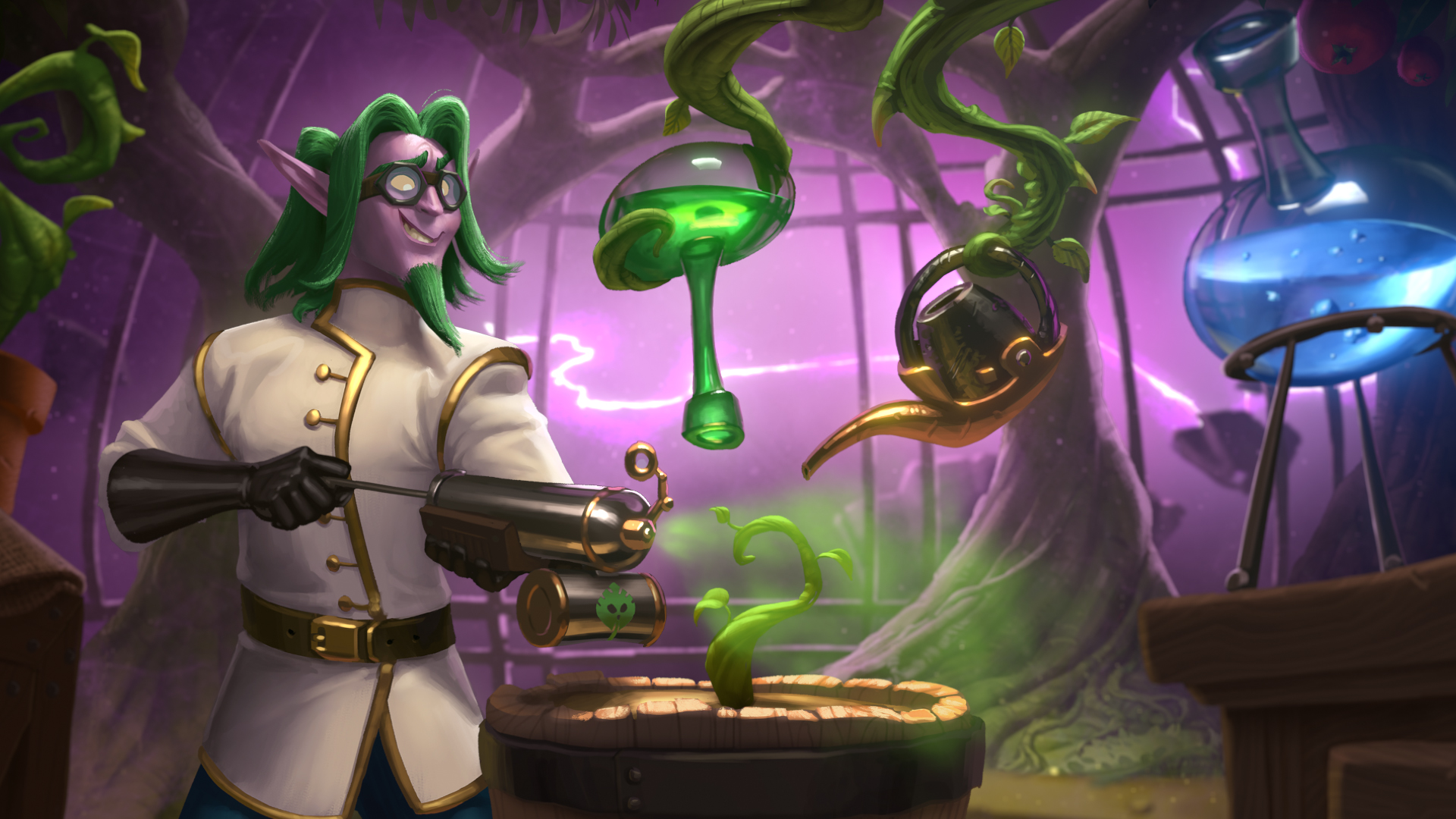 Don’t lick the thermometers in the Biology division

Blizzard’s Hearthstone released its most recent expansion yesterday, and the mad-science themed The Boomsday Project adds 135 cards to the venerable digital CCG. The set adds several new mechanics and offers some new deck archetypes for each class, though promised single player content won’t go live for a couple of weeks.

This set has a focus on the Mech tribe, and many of the new cards affect robotic minions exclusively. The new Magnetic mechanic revolves around fusing Mechs together into one giant super-creature, then beating your opponent over the head with it. Attaching a Mech to an already established minion lets you attack with the combined stats of both cards, effectively giving the attachment minion Charge. The downside is the potential to lose multiple creatures at once if your mechanical monstrosity is Silenced or otherwise taken out.

Every player who logs in during the promotional period will get three free Boomsday Project packs as well as a free class legendary or Warrior hero replacement card. Dr. Boom, Mad Genius costs seven mana but adds seven armor and gives the player’s Mech minions Rush for the rest of the game. This replaces the Warrior’s armor gaining ability with a somewhat randomized button skill which can see him draw a Mech, deal three damage to a target, summon three 1/1 Mech minions, or gain seven armor. It’s pretty much a straight upgrade to the standard Warrior hero, so I have no doubt it’ll see a lot of play. Building a deck around Dr. Boom is also a lot of fun and the gameplay is slightly chaotic, as you’d expect from an unstable supervillain.

Several cards have an ability that only triggers if you’re near the end of the game. Omega cards and creatures can be played early for a lessened effect, but become much more powerful when the player using them has a full rack of 10 mana crystals. Deciding whether to use them early or try and hold out for the better value adds a good risk/reward mechanic that’s affected by how aggressively your opponent is playing.

Each of the nine classes received a new Legendary spell, though it remains to be seen what effect these will have on the current metagame. There’s also a new type of spell called a Project, which benefits both players equally. Shaman and Druid in particular got some scary new toys, so watch out if you’re up against one of these classes. You may also want to look out for a new neutral Legendary minion based on C’thun which can win the game in one turn if a set of very specific conditions are met.

I’ve noticed my phone is having a lot more trouble keeping up with the game since the patch went live, and I hope Blizzard considers working on a lower-impact version for mobile users. Personally, I wouldn’t mind having fewer backgrounds and audio clips, and don’t really need high-resolution card art on a four-inch screen. I’ve lost a couple of ranked games because the game couldn’t keep up with all the interactions going on. For now, it might be best to only play ranked games on a decent PC if you’re worried about your season ranking.

I’ve been having a lot of fun building super-robots and blasting opponents into piles of scrap with Dr. Boom, and am looking forward to the single-player content. The Puzzle Lab sounds like at least part of it will give players specific goals to achieve using a predetermined board state and hand, similar to the challenges in Magic: The Gathering Duels of the Planeswalkers. The Puzzle Lab should go live on August 22, and we’ll have a full review shortly afterwards.