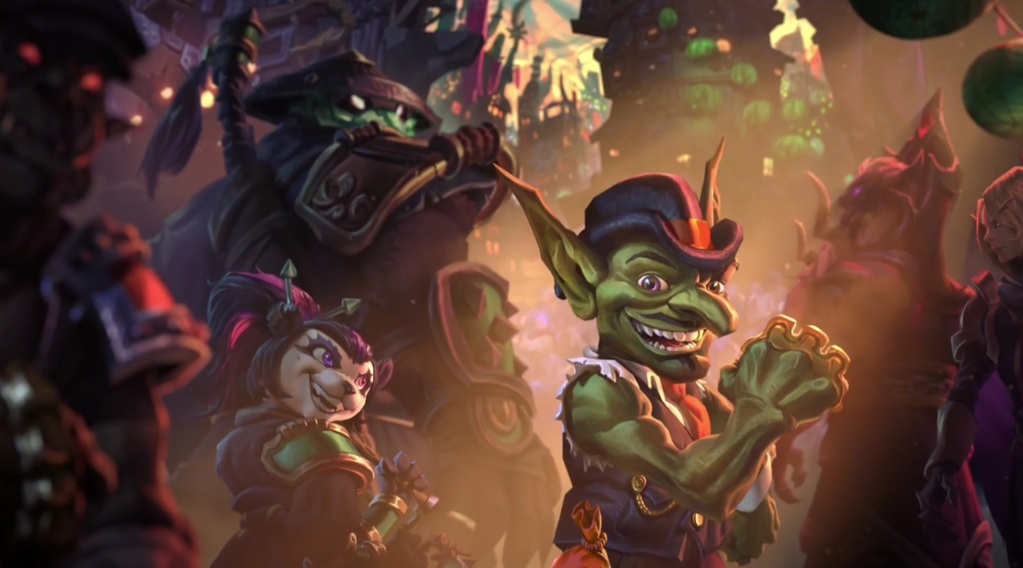 Hamilton Chu, Executive Producer for Hearthstone, announced the next expansion for the online card game, featuring the goblin city of Gadgetzan.

Called Mean Streets of Gadgetzan, this expansion looks to be a little more mundane than the last couple, which featured ancient betentacled gods and a magical party.

The new expansion looks to have a 1940s-ish gangster theme, and several mentions were made of how Gadgetzan has become a “city of opportunity.” There will be three main factions, the Grimy Goons, the Jade Lotus, and the Kabal, a group of spellcasters who were kicked out of their guilds.

Some cards were shown off as well, including the Pirahna Launcher, a weapon that summons a 1/1 pirahna whenever your hero attacks, the Lotus Assassin, a 5/5 minion with Stealth that regains stealth whenever it kills an enemy, and the Kabal Talonpriest, a 3/4 Priest card that boosts the health of a friendly minion by 3 when it enters the battlefield.

Chu also announced new triclass cards that can’t be used by everybody but can be used by three of the nine hero classes. For example, the Kabal has cards that will work in Mage, Priest, and Warlock decks.

Chu went on to show off the Kabal’s leader, Kazakus. This card has synergy with Reno Jackson, a 3/3 for 4 that allows you to create a custom spell effect if your deck does not contain any duplicate cards.

Mean Streets of Gadgetzan will go live in December.