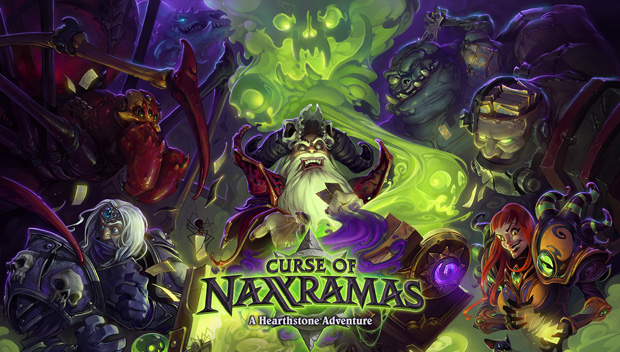 Blizzard is adding its first adventure to the collectible card game Hearthstone: Heroes of Warcraft on PC, Mac, and iPad soon. Titled Curse of Naxxramas, this single-player campaign will be spread across five distinct “wings” over five weeks, with the first wing being free to play and the remaining four purchasable using either in-game gold or real-world currency.

In total, 30 new cards including Legendaries will be granted to those who play Curse of Naxxramas and make it past each wing’s boss. Battle.net has additional details, if you’re in need of more.

As much as I didn’t think it would be possible to get interested in Hearthstone, this new content is starting to convince me otherwise. A floating necropolis can have that effect.