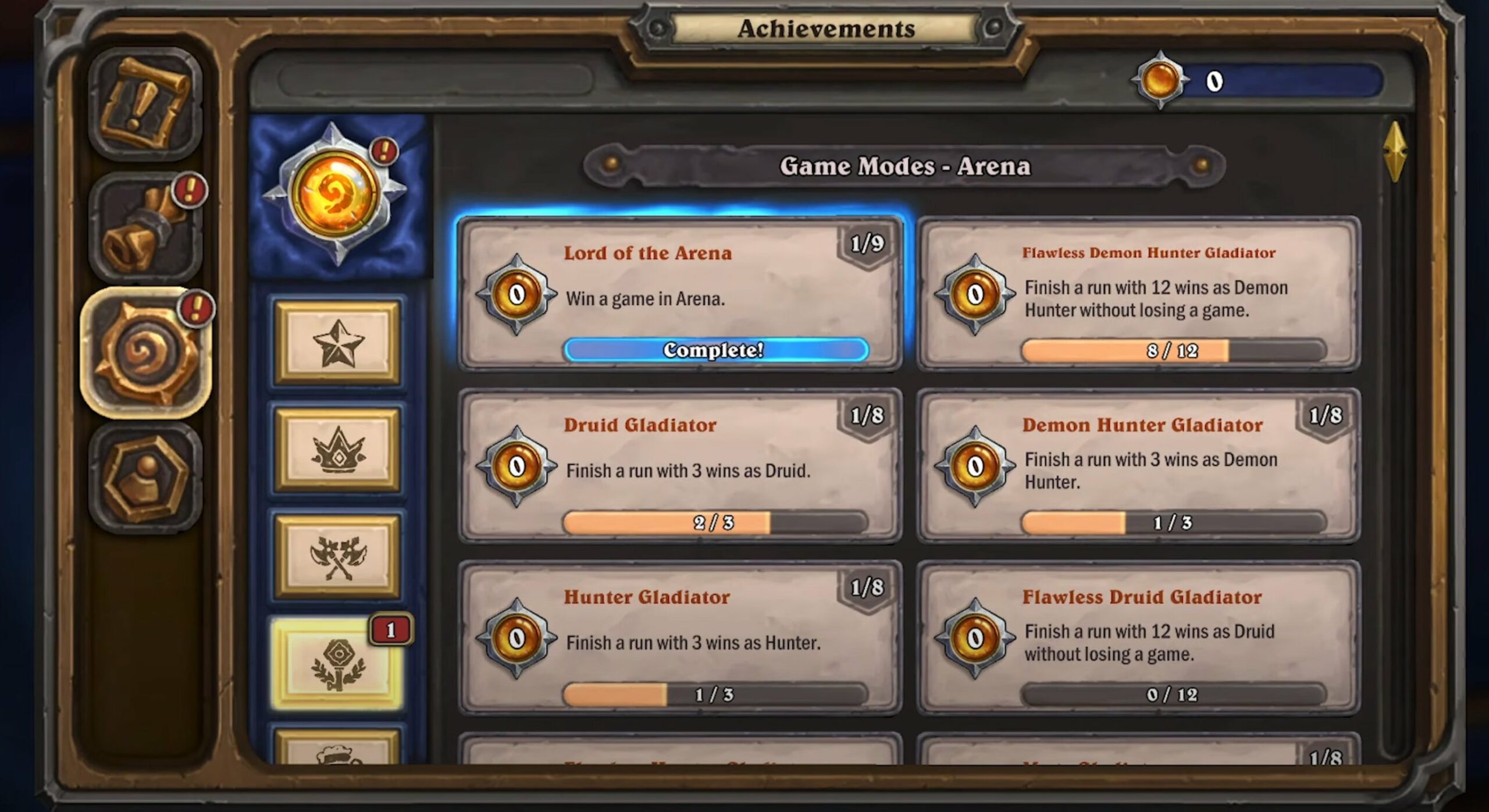 Oh and a new expansion is coming: busy day!

Hearthstone has been enjoying a fairly healthy cadence of content and updates, shuffling between major expansions and Battlegrounds mixups, but that whole formula is going to fundamentally change this year.

Amid the announcement of the next expansion (Madness at the Darkmoon Faire), the game’s developers have unveiled a completely new progression and rewards system, as well as a new mode: Hearthstone Duels. We’ll start with Duels as it’s easier to digest.

Billed as a mode that will “change every season,” you have the ability to choose a hero, hero power, and a treasure, then create a 15-card starter deck. From there you’ll fight human opponents in the same rougelite-dungeon-crawling style as several previous campaign expansions.

Heroes are a little wacky and draw from a larger pool, much like the Battlegrounds mode. Prior sets (including as far back as classic cards and the first Naxxramas expansion) are in. Early access is available today, so long as you own the Madness at the Darkmoon Faire Mega Bundle. You can also try to randomly win early access through a Twitch promotion, which you can find more info on here. As a proviso, you need to have all heroes at level 10 to access Duels.

The mode will officially arrive on November 17, and when it does, you can also use the revamped ticket system to access the competitive side: Heroic Duels. In short, Arena Tickets are now “Tavern Tickets,” and allow access to Arena or Heroic Duels. Good! Another way to use tickets if someone doesn’t care for Arena.

As for that whole progression rework, here’s the gist: the game is getting achievements, it’ll track your rewards, quests now have a daily and weekly section, and your profile page will show more details. Everything is accessible via a new journal icon, which will replace the original quest log section. That’s hitting the live version of the game on November 12.

Big changes! That also includes a seasonal system, which Blizzard is calling the “reward track.” It contains 50 levels as well as 10 new hero skins and more loot like card packs and card backs. You’ll get 150 gold per level after you max out at 50: which sounds like something that will definitely be in flux as Blizzard experiments with this system that’s new to Hearthstone, but widely used for other similar games.

Naturally there’s a free track and a premium track, the latter of which is unlocked with the Tavern Pass: the existing prototype for all this that just provided Battlegrounds rewards. You could see the wheels turning with that one!

Madness at the Darkmoon Faire: