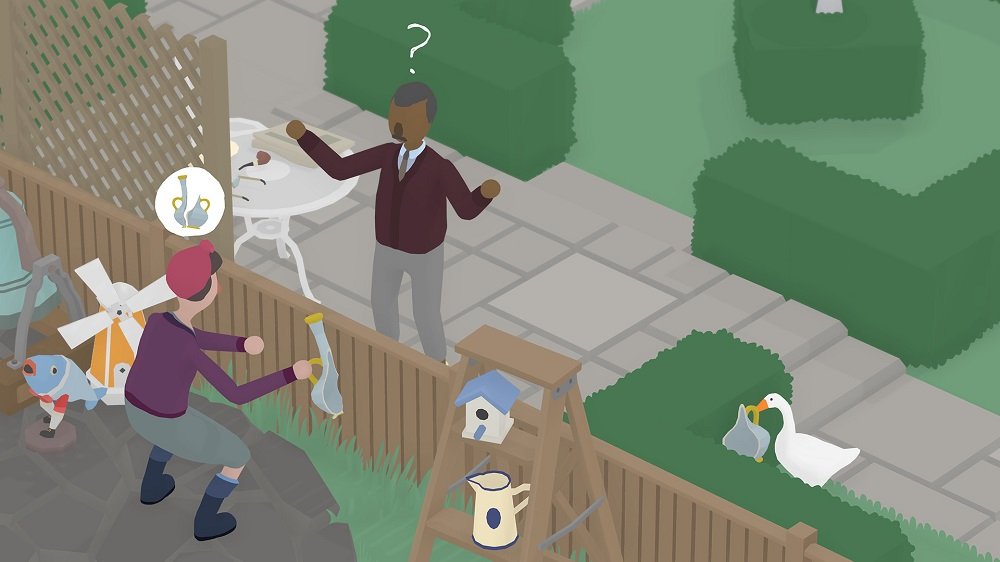 GOTY 2019 pushed back until later in year

House House has announced the unfortunate news that their forthcoming annoy-em-up Untitled Goose Game has been delayed until later in 2019. The amusing stealth title – a shoo-in for GOTY 2019 –  was first announced way back in 2017.

For those unaware, Untitled Goose Game sees players take control of an asshole goose, who must complete a checklist of objectives, all of which involve ruining everyone’s day. It’s an amusing, simple and charming concept. Untitled Goose Game was originally expected to launch in 2018, then early this year, but now it seems we’ll have to hang on a little longer while the Australian developer concentrates on making “the best goose game possible.”

Untitled Goose Game is currently in development for PC and Nintendo Switch.

A bit of news: due to circumstances beyond our control — see video — our goose game will not be arriving until later in 2019. This means we’ll be able to make the best goose game possible! Thanks for your patience — we’ll get this goose to you as soon as we can. pic.twitter.com/8BqbYw0wQb