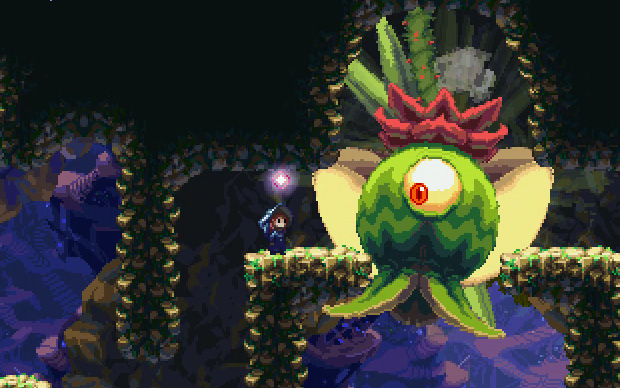 A must-see for fans of Castlevania: Symphony of the Night

There’s been a resurgence of Metroidvania games in recent years thanks to crowdfunding but not all of them have lived up to our lofty ambitions for the genre. Many haven’t. As such, I hope you’re not so skeptical as to avoid giving Heart Forth, Alicia a chance — it’s the real deal.

If you enjoyed Castlevania: Symphony of the Night and have been waiting for another game to come even close to attaining that level of excellence, you’ll want to read up on Heart Forth, Alicia after watching the pitch video above. It’s been in development for years now, so the mechanics you’d expect are in place, and the level of quality is there. Specifically, the Kickstarter is to bring on additional people to help lone developer Alonso Martin finish the game sooner than later.

Heart Forth, Alicia will be published by Starbound‘s Chucklefish, if that matters to you — I see it as an extra stamp of approval (not that one was needed) — and it’s set for release on PC next year. This will go far, far beyond the initial $60,000 goal, that’s for sure.

It’s even got whips! Enchanted whips!