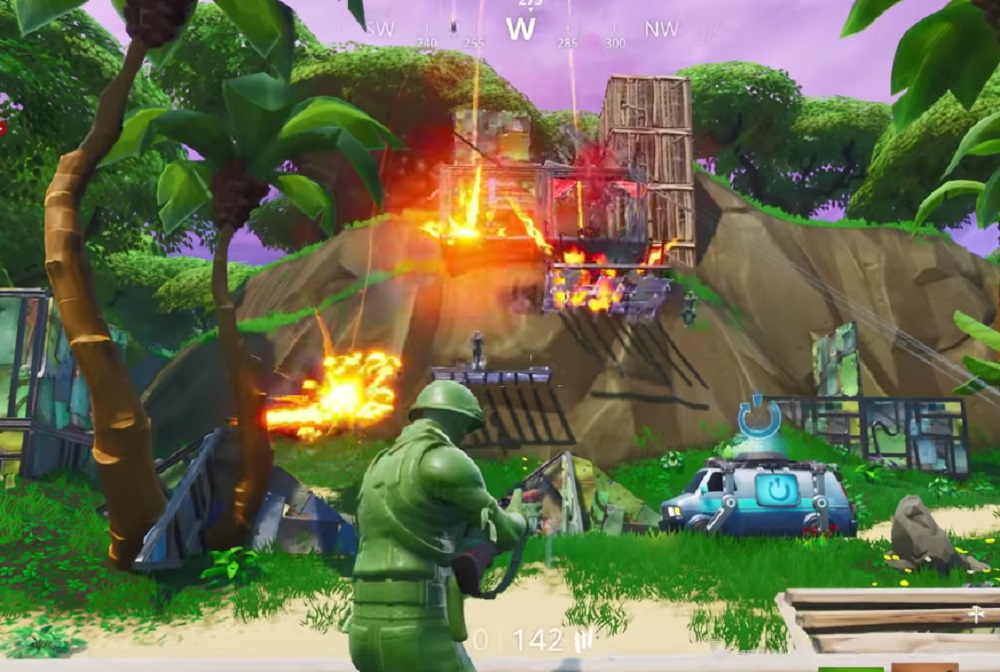 Fortnite fans better make sure they steel their rooftops in future, as new update 9.30 brings a frighteningly destructive new weapon to the battle royale phenomenon: the Air Strike grenade.

Simply throw this hand-held canister in your opponent’s general direction, and after a brief air-raid siren the unlucky sap will find themselves bombarded with explosives, raining down from above like heavy electricity falling out of power lines. The air strike covers roughly nine meters in radius and features a payload of 20 missiles in all, so it could really turn the tide during an assault on an enemy base.

Also arriving as part of Update 9.30 are a new vehicle and various pre-fabs for Creative Mode, alongside various weapons, items and a modified variant of the Smasher enemy type for Save the World. For full details and patch noes, check out the official Fortnite blog right here.

Fortnite is available now on PS4, PC, Xbox One, Nintendo Switch and iOS and Android devices.