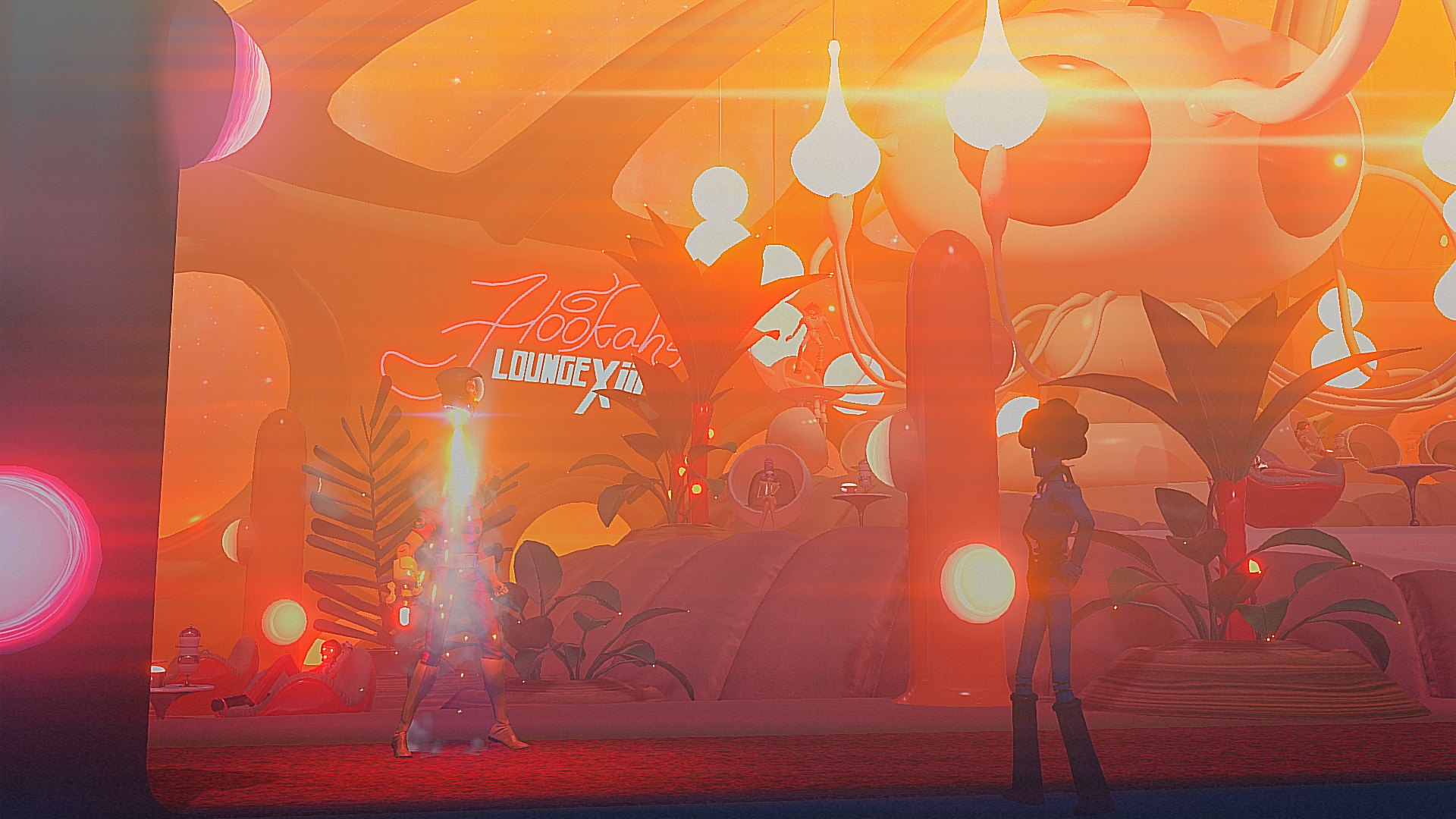 Off with his head! Now quick, put it back on!

Headlander looks fantastic. It feels like a space-themed spin-off of a primetime ’70s sitcom; think Partridge Family 2200 A.D by way of Highlander. To some of you, that comparison may come across as a slight, so what you also need to understand is that I eat that shit up. I was thus ridiculously excited by the mere prospect of this game.

However,  the game‘s PAX East demo fell short of encouraging. It’s not that it doesn’t play well, it’s that the demo did a poor job of selling the game. By the time I felt like I had grasped the mechanics, my time with the game was over. My new-found skills had not even been tested properly, leaving a pallor over the whole experience.

The game, in its current incarnation, within the confines of what has been shown, feels slight.

In Headlander, you are a disembodied head who wakes up in the future (I’m 75% sure the player character is not contemporary with the game’s timeframe). And, uh, that’s about it. I believe there is more to the story in the same way I believe the Buffalo Bills will have to win something eventually — but I have to go entirely on faith, because there’s not much in the way of solid evidence. 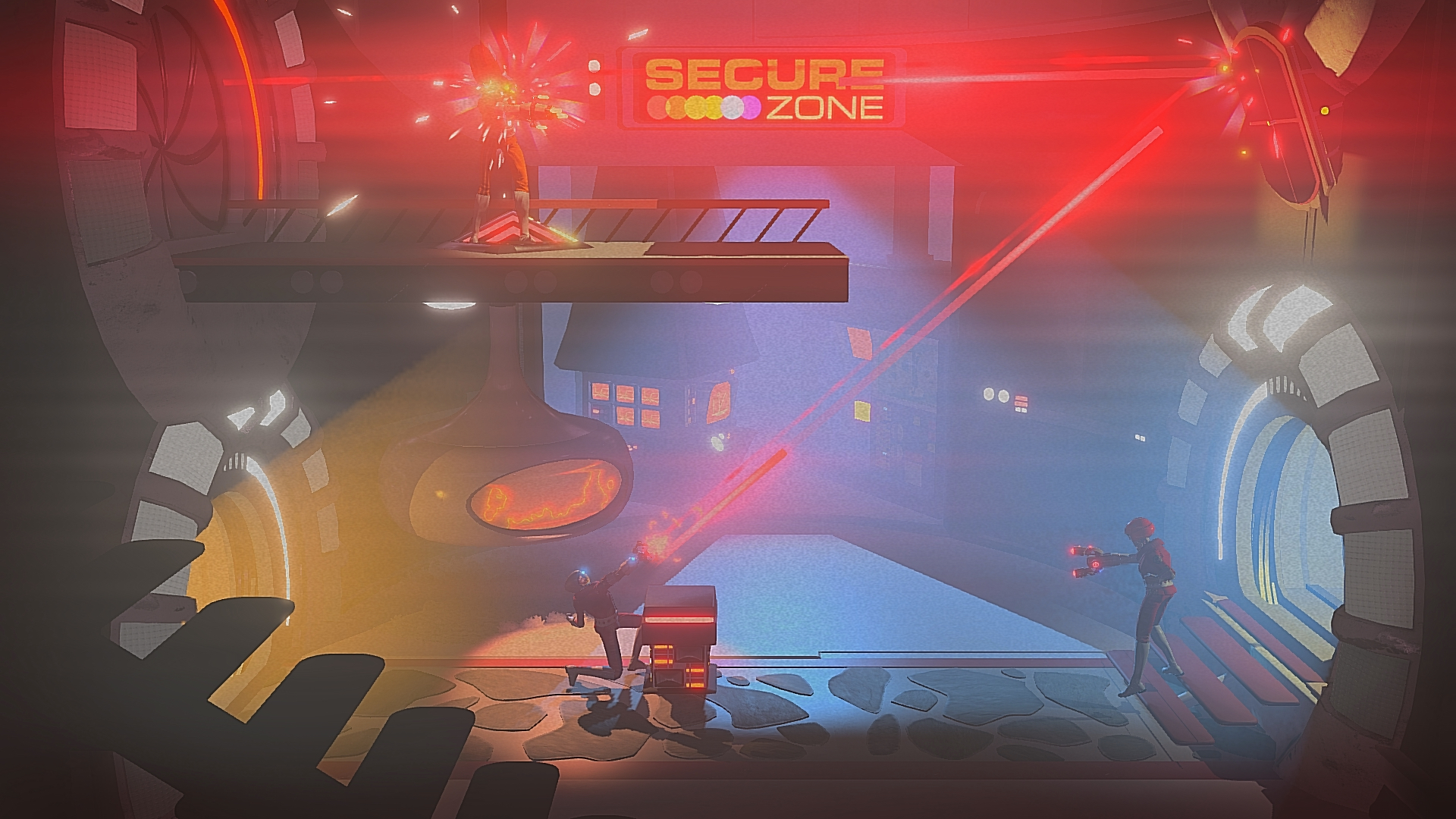 The game’s central plot conceit leads to its central mechanic, which quite frankly rocks my socks off. Your head can fly around on its own, attaching itself to devices, little retro-future Roombas, and evil laser-weilding robots. When I found myself battling said automatons, I would flit around the room, sucking off their craniums and body-hopping, discarding a form once it was on the verge of death. I turned my foes into a miniature army of kamikaze soldiers, and it was beautiful.

Unfortunately, it was also far too easy. I never struggled with an environmental puzzles or a combat sequences. Headlander is currently little more than a matchmaker, setting the player up to push the left stick to the right for about 30 minutes, until the game tells you it’s time to leave.

It’s that sense of emptiness that made me come back to my cartoon metaphor beyond the initial aesthetic connection. This feels like a surprisingly well-made licensed game from the pre-Arkham Asylum era; the kind that made you say “Huh, this is really good for a licensed game!” That qualifier doesn’t count for much anymore, which is why it’s so difficult to be enthusiastic about Headlander. I feel like I should be commending it for matching the look of the show –except the show in question doesn’t exist!

The core idea is sound, translating a gimmick into something that is nothing short of delightful. In that respect, it’s a perfect collaboration between Adult Swim and Double Fine. If the game comes out and it has sprawling, challenging puzzles or battles that take full advantage of the central mechanic, I could see myself falling in love with Headlander.

Either way, the art direction is gorgeous. Could be worth checking out for that alone.