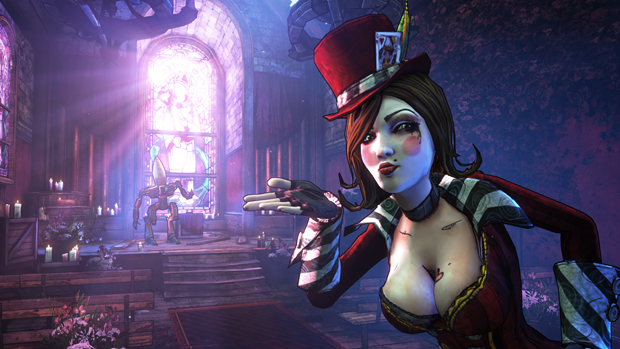 Love (and bullets) in the air

The fourth installment in the Borderlands 2 series of “Headhunter” DLC expansions will be releasing next week. Mad Moxxi and the Wedding Day Massacre has been announced by 2K as arriving on February 11 for Steam, Xbox 360 and PlayStation 3, just in time for its tale of romance to coincide with Valentine’s Day.

I never made it through the original Season Pass DLC content, let alone spent real time with a Headhunter pack, mostly due to my primarily playing Borderlands 2 with my wife and simply not being able to get it together to play more than once in the last year. But I like the premise of small, bite-size adventure content as opposed to the larger content releases, which sometimes feel like they drag on longer than they’re fun for. That’s something I’d get behind for a Borderlands 3 if they opt to continue the format.