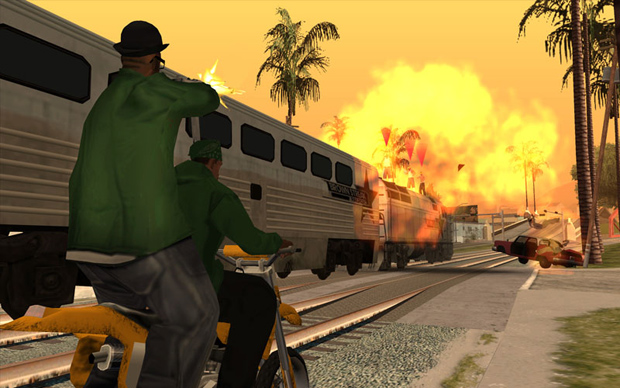 Earlier this week, a list of Achievements for Grand Theft Auto: San Andreas made the rounds and Rockstar has since confirmed that, yes, the game is getting a new release on Xbox 360.

The title had been playable under the Xbox Originals banner, but that version is no longer available for new players to buy and download. Rockstar is adding a 720p version of the game with improved draw distances to Games on Demand this Sunday, October 26.

If you own the delisted Xbox port of San Andreas, you’ll still have access to it through your download history. You can continue to play as normal. That said, if you’re thinking of upgrading to this weekend’s better-looking version, know that your save files won’t be compatible.

I was going to end the post there, but I couldn’t avoid commenting on the Achievement for drowning. People are going to drown poor CJ for points. Videogames.