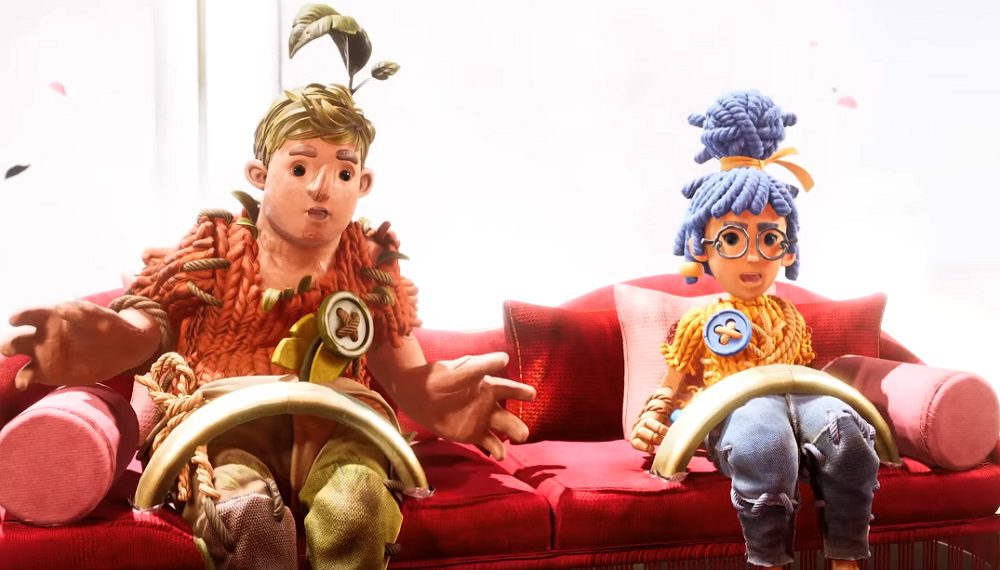 Just me and you… to make a dream come true…

Electronic Arts has released a jovial new trailer for its upcoming co-op only adventure title It Takes Two, which will unravel on PS4, PS5, PC, Xbox One, and Xbox Series X March 28.

Developed by Swedish studio Hazelight – founded by charismatic shouter Josef Fares – It Takes Two is the story of feuding couple Cody and May, who find themselves turned into dolls following a magical wish made by their daughter. Now at the mercy of “Love Guru” Dr. Hakim, the pint-sized couple must conquer a series of challenges set in and around their shared home, and maybe even learn a thing or two about themselves, their relationship, and their family along the way.

It Takes Two, as the name and premise suggest, is a co-op only adventure which will offer support for both online and local multiplayer, as players work together to overcome numerous “genre-bending” hazards and puzzles. Much like Hazelight’s previous release No Way Out, It Takes Two will reward teamwork and collaboration – though with perhaps a somewhat more heartwarming tone.

Behind the color and the comedy lies a pretty serious subject of broken families and the psychological effect it can have on individuals and their children. One that I’m sure will resonate with many players. As such, (and while I really don’t want to be a wet blanket), I’m hoping It Takes Two is able to offer an intelligent and introspective approach to that particularly heavy element of the game’s narrative.