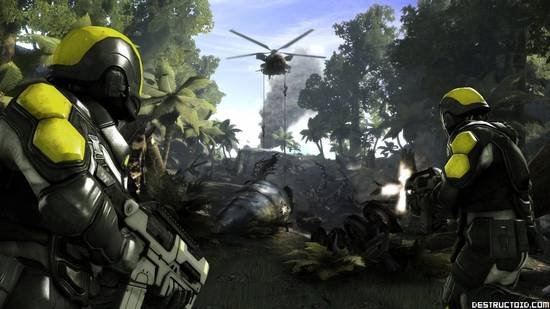 Yes, Ubisoft will finally be releasing their first-person shooter Haze for the PlayStation 3 on May 20. Like you, we’re crossing our fingers that there will be no more delays.

But if there is, at least we’ll get a chance to try our a demo of the game. Ubisoft has announced today that a demo for Haze will be hitting the PlayStation Network in early may. The demo will feature a taste of the single-player campaign, as well as up to four-player, drop-in/drop-out cooperative online play.

And yes, Ubisoft are still saying that Haze is coming exclusively to the PlayStation 3, and we’re starting to believe them.