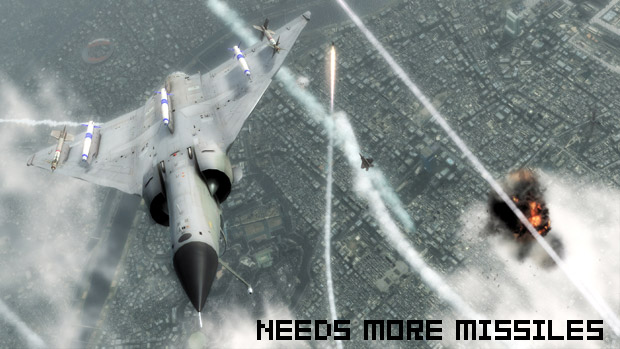 Are any of you still actively playing Tom Clancy’s HAWX? If not, perhaps it’s about time you pulled the game out of your shelf and popped it into your system of choice, as the “European Assault Pack” downloadable content is coming in fast. It’ll go live tomorrow for Xbox 360 and PlayStation 3 owners at a 400 MS Points/$4.99 price point.

What all comes in this DLC pack? The Dassault Rafale, the Saab-37 Viggen, “two Mirage planes designed for nuclear strike and long-range interception,” the FB-22 prototype bomber, and the XA-20 Razorback, which is straight out of Tom Clancy’s EndWar. Funny how the aircraft from a different game is arguably the coolest one of all, isn’t it?

Personally, I haven’t gotten around to picking up HAWX quite yet, but I did have fun purposely crashing into the ground in the demo that came out a way’s back.

SAN FRANCISCO – April 21, 2009 – Today Ubisoft announces that the European Assault Pack downloadable content (DLC) packs for Tom Clancy’s HAWX(TM) for the Xbox 360® video game and entertainment system from Microsoft and the PLAYSTATION®3 computer entertainment system will be available on April 23, 2009. The price for the European Assault Pack DLC is 400 Microsoft Points or $4.99 for the PLAYSTATION®3 system.

In the European Assault Pack, take the lead in the multi-role carrier-borne version of the Dassault Rafale, the robust Saab-37 Viggen and two Mirage planes designed for nuclear strike and long-range interception. Fly the delta-winged FB-22 prototype bomber, based on the cutting-edge design of the F-22 Raptor. In addition, you get the advanced experimental XA-20 Razorback featured in Tom Clancy’s EndWar(TM).