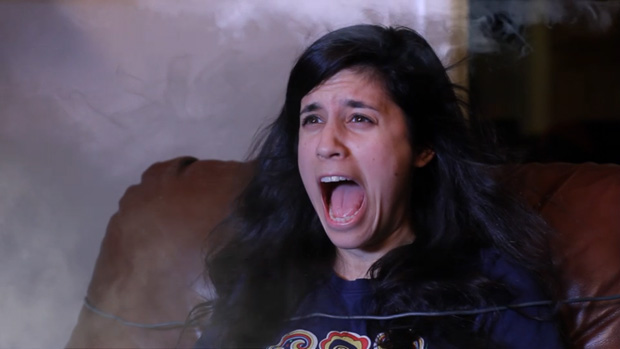 Anthony educates Ashly on the magic that is the Indiana Jones film series, the source of inspiration for such games as Uncharted and Tomb Raider. Of course, this opens another opportunity to poke fun at Kingdom of the Crystal Skull.

Let me step to the side here and say that the constant lambasting of Kingdom of the Crystal Skull is getting old. C’mon, guys. It wasn’t that bad. People keep holding up the fridge scene as the point when it all went south, as though there aren’t a million things in the entire series that make very little sense. Remember in Temple of Doom when Indy, Short Round, and Willie jump off the airplane atop an inflatable raft and don’t get smashed on the ground? Pretty far-fetched, right?

And don’t give me crap about the aliens. When you found out that the film revolved around “crystal skulls,” someone somewhere should have hypothesized that it would touch upon the extraterrestrial angle.