With more people trying out virtual reality headsets these days, an increasingly common issue is motion sickness brought on when visual information and motion don’t match up. For simulators that involve walking, it can confuse a participant’s brain when it looks like he should be walking but it doesn’t feel the movement.

Certain genres produce this effect to a lesser extent. Flight simulators seem less nausea-inducing, presumably because the cockpit helps the player feel grounded in an environment; he sees himself as sitting in a chair and he feels like he is sitting in a chair because he actually is sitting in a chair. However, not every possible VR experience has the luxury of keeping the player seated. There still may be a way to ground users and reduce nausea: virtual noses.

Purdue University assistant professor Dave Whittinghill has been studying simulator sickness, and one of his undergraduate research assistants suggested the insertion of a nose. The team measured increased time before reporting nausea in two VR simulations: test participants averaged 94.2 seconds longer in a calm villa tour and 2.2 seconds longer in a roller coaster simulator.

Interestingly, the participants who were given the virtual nose did not report noticing it until it was pointed out. Our own noses are always present in our visual fields, so we tune them out from our conscious attention. This research could suggest that their presence is still taken into account subconsciously. Neat. 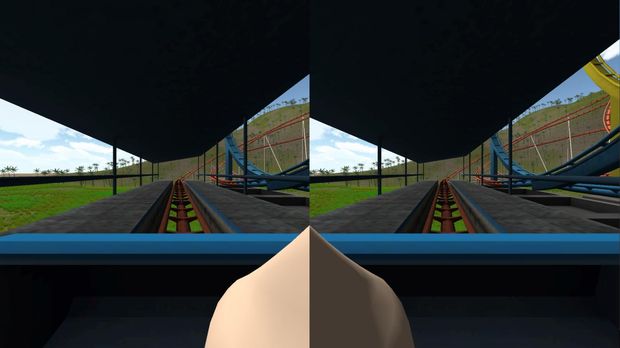