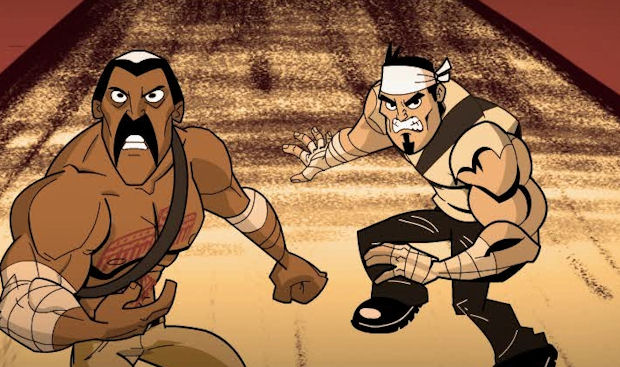 Yesterday we posted a new Shank trailer that showed off the game’s co-op mode. Now we’re posting some screenshots that pretty much serve the same purpose. Screenshots are like trailers that don’t move!

I don’t need these screens to convince me that Shank is worth picking up. It’s already appealed to me on the basis that it’s a beat ’em up and the main character looks like former Destructoid editor and Electric Hydra co-host Brad “I Have A Number of Muscles” Nicholson. What’s not to like?