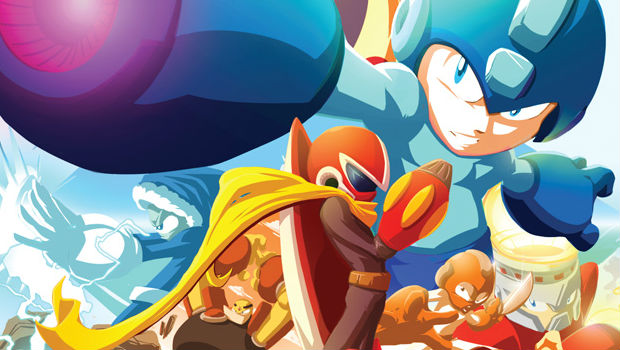 The Mega Man Archie comics series continues the latest four part arc with issue #31, the “Curse of Ra Moon” Part Three. #31 will debut the alliance of Mega Man and Break Man against a common enemy, which will no doubt yield an interesting storyline following their battle — perhaps leading directly into the discovery of their relationship that has persisted all the way through the franchise’s most recent entry, Mega Man 10.

For those who are interested, there are some sample pages in the gallery below. If you’re not keen on Mega Man’s adventures keep in mind that in February, there will be a prequel to the first Mega Man X game built into the series. If that does well enough, writer Ian Flynn has noted that it may get its own spinoff line. One can only hope.