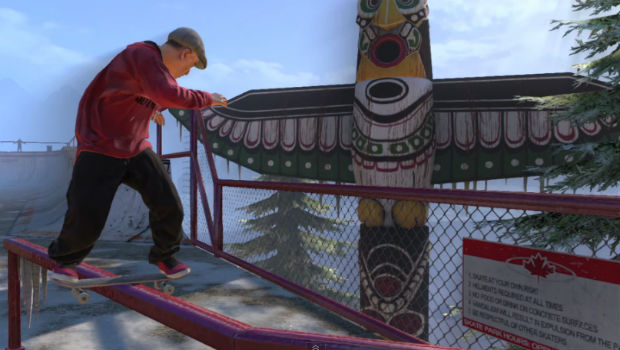 You’d think that after my Tony Hawk Quest that I’d be sick of The Birdman and his games by now. Nope! I’m still waiting on the release of Tony Hawk Pro Skater HD‘s DLC, which is reportedly a few weeks away from release for $5. The DLC will contain new skaters, the ability to revert, and three new levels originally from Tony Hawk’s Pro Skater 3: Canada, Los Angeles, and Airport.

Outside of a small teaser by an eyebrow-less Tony Hawk, footage of these levels has been impossible to find: at least, until a few days ago, when these videos of LA and Airport surfaced.

Although I’m still excited to try them out, these videos don’t make the level redesigns look very promising. It looks like Robomodo got out of putting other character models into Airport by having it take place at night (like Airports are closed at night or something?). To further the cheapened look, they also copy pasta-ed the security guard from School II into the level.

Strangely enough, these are also the three throwback levels in THUG 2, which means that long time fans have probably played them into the ground. Things aren’t looking good for the DLC, but I’ll provide my thoughts for you whenever it decides to drop!