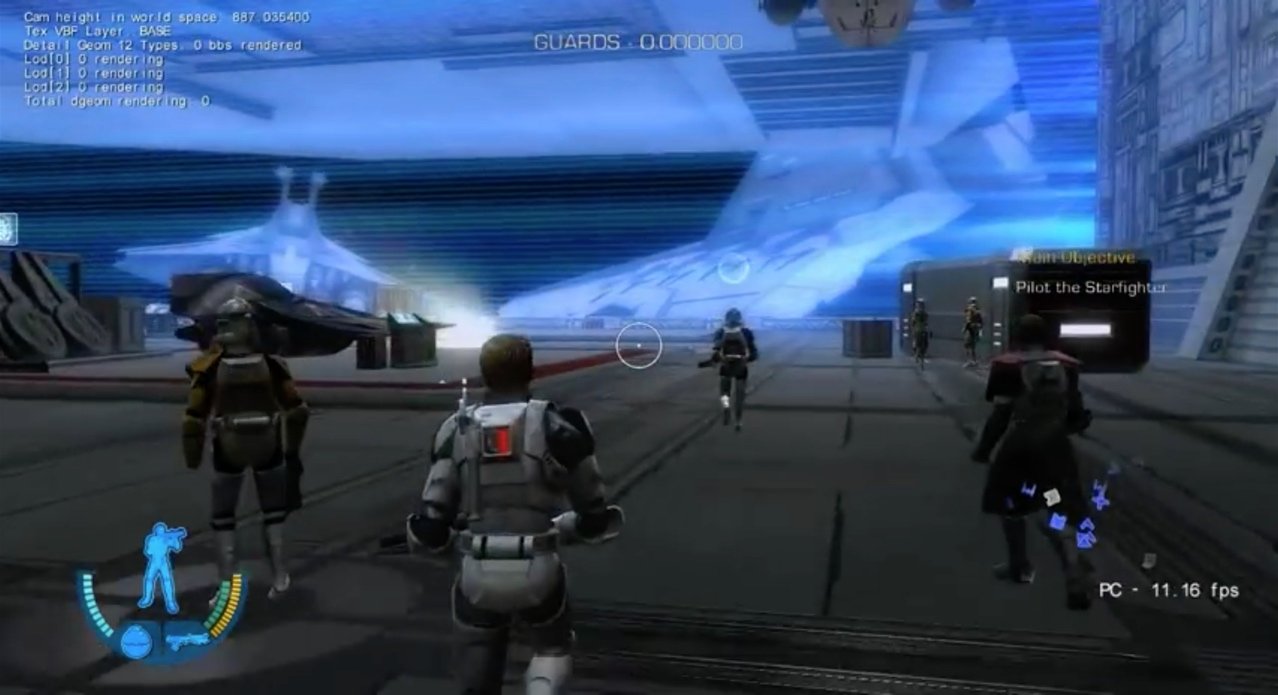 Over 13 minutes of the cancelled game’s training mission

I’ve been somewhat fascinated by Free Radical’s cancelled Star Wars: Battlefront III for a fair while now. The game itself was meant to expand hugely upon the Star Wars: Battlefront formula by allowing players to switch between planetary and space combat in a single battle, making it a highly ambitious title for something that was in development so early in the seventh console generation.

Thanks to YouTube user FuZaH, we can get a yet another good look at Free Radical’s unfinished Star Wars: Battlefront game. It should be noted that the gameplay shown is extremely rough and obviously unfinished, with a poor framerate that often sinks as low as 5 FPS and a multitude of placeholder assets. It does give a good picture as to the direction that the developers were going, however.

It’s a shame that Star Wars: Battlefront III was eventually cancelled. Based on this and previous leaked gameplay videos, I could easily see myself really enjoying the finished product.

Check out the footage of the Star Wars: Battlefront III’s training mission below: