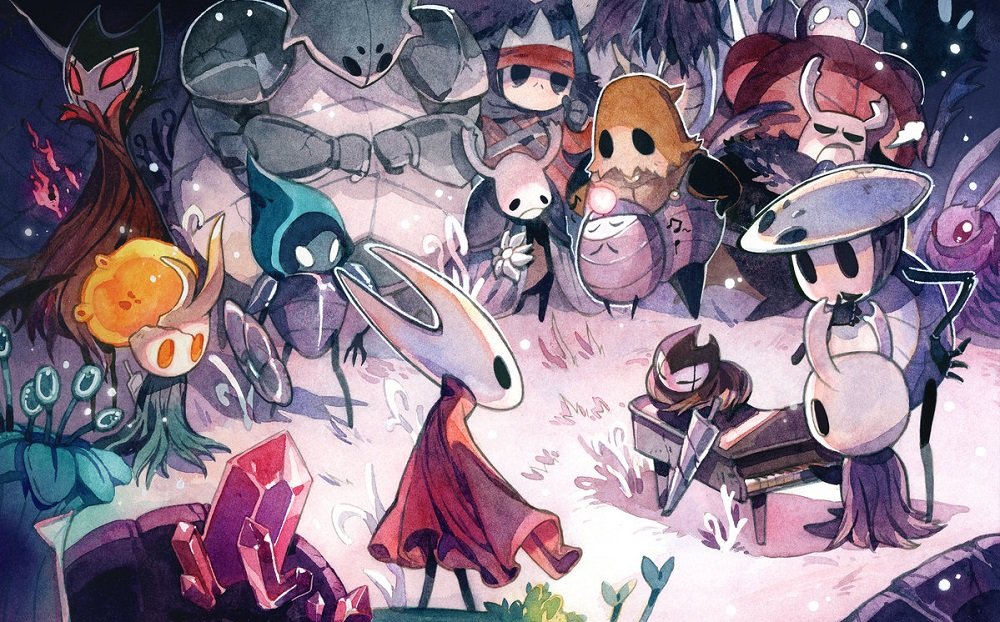 Does this bug you?

Featuring 15 haunting tracks from the subterranean adventure game, originally composed by Christopher Larkin, The Hollow Knight Piano Collections are produced by David Peacock and are performed by pianist Augustine Mayuga Gonzales, both of whom have previously worked on piano adaptations for soundtracks from games such as Undertale and Stardew Valley.

The Hollow Knight Piano Collections will be made available in various formats, including a luscious double LP vinyl, which comes in a sleek, limited edition gatefold sleeve and includes a 24-page art booklet. A double CD set is also available, as well as a standard digital download. For those wishing to perform the pieces themselves, sheet music will also be released in both physical and PDF formats.

All of the above are available to pre-purchase now at the Materia Collective online store. The digital download launches Friday, November 28, whereas the double CD and vinyl sets are expected to ship in early 2020. For more details, including prices and a preview of some of the collection’s beautiful tracks, visit the Materia Collective website.

Hollow Knight is available now on PS4, PC, Xbox One and Nintendo Switch.

The official Hollow Knight Piano Collections is coming this Friday, in collaboration with @TeamCherryGames and @composerlarkin! 15 stellar arrangements in sheet music book, CD, and vinyl formats. Hear a preview and pre-order: https://t.co/rI7Db15YKe pic.twitter.com/efqK8rQqRL