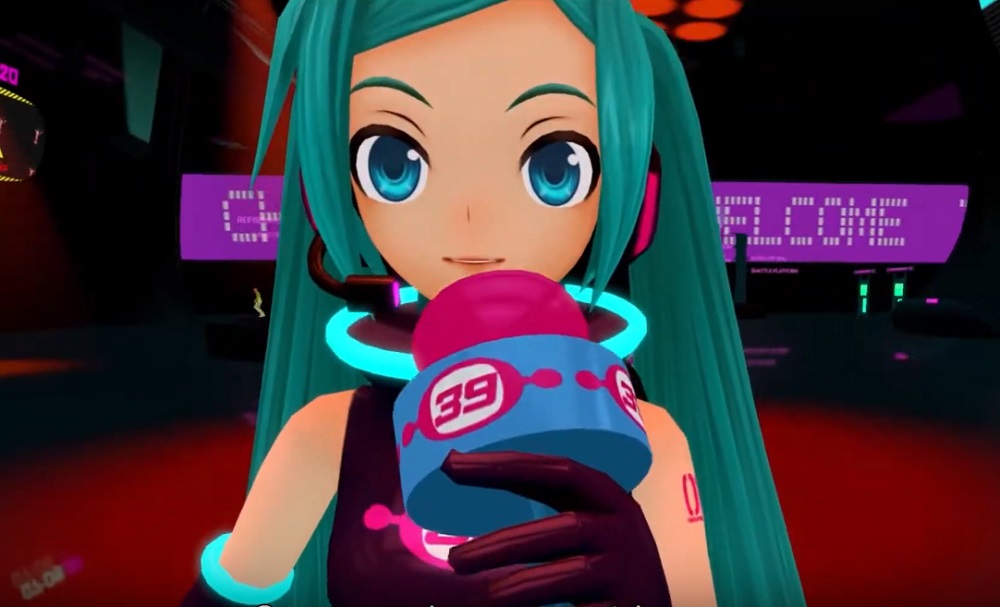 That gal gets around

Someone once told me “The party don’t start ’til Miku gets here”… In fact it was me. And my point is about to be validated, as the beloved Vocaloid singer is ready to make her debut in Sega’s rhythm-action title Space Channel 5 VR: Kinda Funky News Flash!

The Space 39 Miku DLC pack, which launches on PS4 next week, which sees the holographic global singing sensation take off into outer space to join fellow mega-diva Ulala as a guest on the latter’s Swinging Report Show. The DLC pack will include Miku, a new stage and a new outfit for Ulala.

A hilarious new trailer offers little more than some amusingly stilted animation and some soulless eyes, though it cannot be denied that Miku fits perfectly into the Space Channel 5 aesthetic, and it’s fun to see this crossover between the dancing queens take the galaxy by storm.

Space Channel 5 VR is available now on PSVR. Ports are expected for SteamVR, HTC Vive and Oculus, but no official release date has been confirmed. Things have been very quiet on that front.