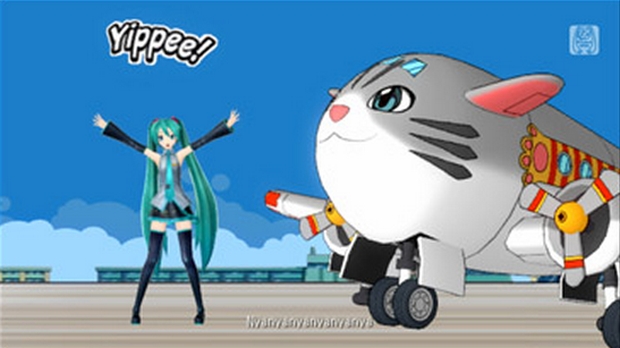 Folks who are fans of both Vocaloids and music games, but not fans of handheld games, have been pretty much out in the cold for the whole of the Hatsune Miku Project Diva series to date. After all, the games have been PSP and PS Vita-exclusive. Even their PS3-based Dreamy Theater spin-offs required ownership of the original portable versions to play.

Despair no more, ye homebound. Sega’s bringing Miku to PS3 in the form of Hatsune Miku Project Diva F. Not to be confused with the Vita-based Project Diva f (Japanator’s Chris Walden reviewed that one), this newly uppercased installment boasts new songs (for a total of 39, naturally), new costumes, and spiffier graphics. And it’s out this Thursday, March 7th.

In case you’re still in need of convincing, Sega’s got a lengthy 12-minute roundup of most of the game’s songs. Check it out above. And if you never knew where the so-called “Nyan Cat” song comes from, you might be in for a surprise.