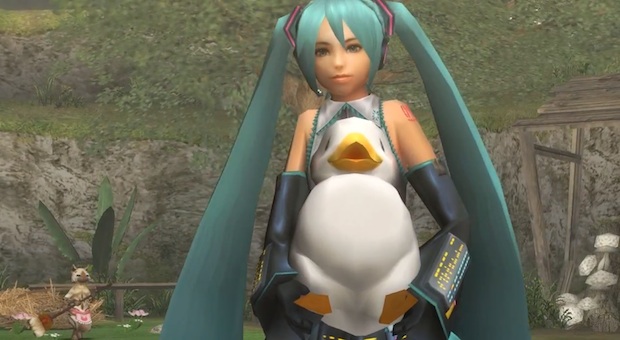 I found the weirdest video in you YouTube subscriptions this morning. It showed what looked like Sega’s virtual idol, Hatsune Miku, walking through the Monster Hunter world. Then there was singing. And then dancing.

This is upcoming online game Monster Hunter Frontier G, and Capcom has worked it out with Sega to add Miku’s clothing to the game. So that’s not really Miku, which explains the hilariously static face.

Yep. Cosplay in your Mon Hun.