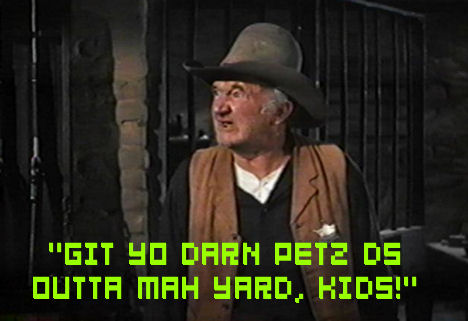 I admit it. I hate the idea of pandering to so-called “casual gamers,” I abhor how games like Big Beach Sports outsell Metal Gear Solid 4 and I absolutely detest artistic games suffering as publishers jump on the casual gravy train and abandon we who demand more from our gaming experiences.

Do you know what I hate more than the above, however? It’s being made to feel like I’m not allowed to feel this way. It’s being shamed for disliking what the Wii and third-party publishers have done because I am “scared” and “jealous” and bitter that the games industry is moving away from the “hardcore” and into the realm of the “casual” and there’s nothing I can do about it.

I’ve had enough of it. You know something? I am scared for the industry, and jealous of the casual attention, and very bitter indeed that many of the things I love about games are being pissed on by publishers. Ultimately, however, I am not ashamed. I’m not going to tread on eggshells for fear of looking like a “casual hater” anymore, and nor should anybody.

I’ve read a lot of smug and condescending bullshit lately, looking down on the so-called “hardcore” gamers because they’re angry at the “casual” movement. We are told to accept the inevitable, that gaming isn’t about “us” anymore and that we have to stop our whining because this is the way things are and nothing can change that.

Why? I like whining, and so do you. Don’t try to deny it; you love complaining and bitching, and frankly, you’re justified. Those of us who want to play games like Half-Life 2, Metal Gear Solid, BioShock or Final Fantasy are going to demand more from their games, and when all we get is some shallow, Wiimote-waving garbage from Ubisoft, we’re going to feel cheated.

“Ah, but those games sell, so you have no right to complain,” says the smug bastard who is so proud of himself for “getting” what casual games are all about and feels special because he’s more progressive than everyone else. You know what though? Fuck. Him.  He might be comfortable with all that, but I’m not, and I’m sick of being made to feel ashamed for not liking the way things are headed.

It is the way of all things, that when the mainstream get their hands on something, it gets watered down and overly packaged and retarded for their stupid brains. Oh, I’m sorry, did I dare suggest that videogames are being dumbed down? I forgot, I’m supposed to like the idea of Beyond Good & Evil 2 being simplified for “newcomers” who weren’t fucking supporting the game when it needed them to. Frankly, this crap is what turned rap and hip-hop into disgusting hateful sludge and pop music into bland and tasteless garbage.

I admit it — I’m elitist and narrow-minded and selfish. But I am not afraid to admit it, either. I’m not ashamed to be what some call a “pretentious games-are-art fag” and I’m not ashamed to confess that I am legitimately worried that the kinds of games I like to play might become obsolete, obscure and ultimately drowned out. Puerile rubbish outsells well-crafted experiences and that sends a strong and worrying message to publishers.

I once wrote that the hardcore/casual divide was a myth, and I still think that is largely true. I think the majority of publishers who throw the term “casual gamer” around like it’s some deified and magical demographic that only just appeared and will make all their dreams a reality is a fucking clutz. I think trying to bottle the magic that Nintendo has is pathetic, and that if EVERYONE tried pandering to what they call the “casual” gamer, nobody would win. In fact, I have a far better dividing line than “hardcore” and “casual” which rings pretty true these days — good games and shit games.  Right now, shit games are the hotness, and good games just don’t sell. Am I wrong in thinking that’s just a little messed up?

The majority of people are fucking stupid and they have no taste. You can’t deny it, either, because if that wasn’t true, Big Brother wouldn’t be on the television and magazines that spread the “juicy gos” about Paris Hilton wouldn’t be so God damned popular. As videogames become more mainstream, it will lead to good things. However, it will also increase the watering down and reduction of quality that goes on. It is what happens, and you are right if you despise that.

Basically, it’s okay to not be happy with the shit that ends up in the sales charts, and if you’re worried about the Wii dominating the Xbox 360 and PS3, that’s fine, too, and you have nothing to be ashamed of. Don’t listen to the smug morons who say “fnar fnar, you’re a hardcore gamer, you’re out-of-touch and stupid.” You’re not stupid for demanding more from your videogames, for being irritated that shit blandness outsells greatness.

I’m just a bitter old man who hates everyone around him, and God damn it, I’m proud to be.