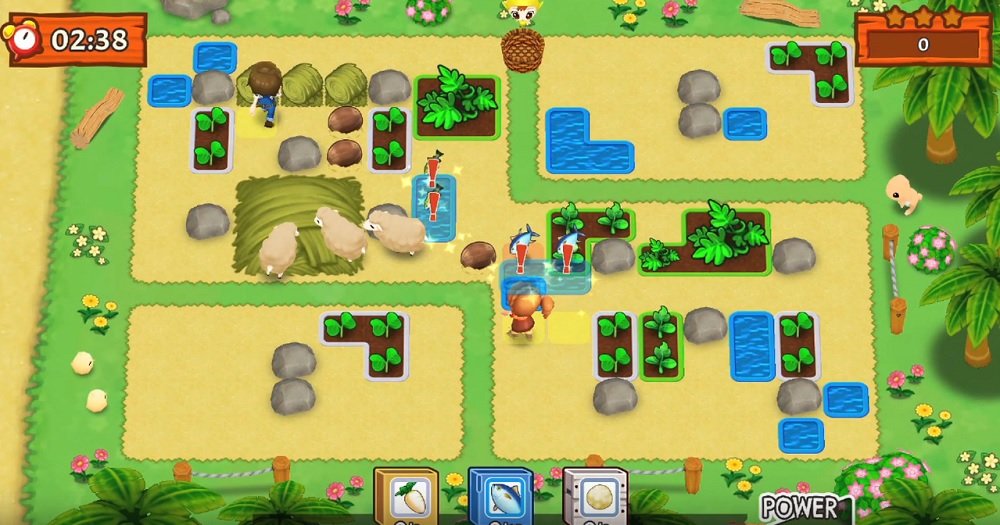 Natsume has given us a look at the next title in the classic farming franchise Harvest Moon. Harvest Moon: Mad Dash sees the typically relaxed adventure series hit the gas for wild multiplayer mayhem.

Headed to PS4 and Nintendo Switch this fall, Mad Dash allows one or more players engage in fast-paced farming action, as you use teamwork and efficiency to grow and harvest as many crops as possible in a series of chaotic locations (which begs the question why they chose to farm there in the first place).

Plant crops together in colour-matching gameplay in order to produce the biggest bounty in the time limit, feed animals to produce more supplies for market, even squeeze in a spot of fishing. But watch out for stampeding warthogs, falling rocks and even molten lava, which frequently threaten to ruin all of your hard work. It looks like fun, not dissimilar to the multiplayer action of titles such as Overcooked!