Get your apprentice robes ready and your sorcerers hat on

Fantasia is easily one of the most revered films in the Disney library. It may not have the same layman recognition as Snow White or The Lion King, but that’s exactly where so much of its brilliance comes from. It dared to venture away from the company safe zone of princesses and fairy tales, and forgoing the typical dialogue delivered stories in order to splice music and visuals to create a sensory wonderland.

It’s this sense of Disney magic that Harmonix is trying to capture with Fantasia: Music Evolved, by giving players a greater sense of agency not just in the music, but in the game’s world as well. This is definitely Harmonix’s most high concept game, and a complete trip of an experience. Describing something that aims to be as visually and auditory a successor to the Fantasia films is a challenge when only armed with the written word, so here goes nothing.

The story dressing for Fantasia: Music Evolved casts you as an apprentice to sorcerer Yen Sid. He’s brought you to this world to be the next apprentice after Mickey, but will first test you by sending you to realms made of pure music. Realms are essentially hub worlds, acting as in-between rest stops between songs, with a fair bit of interactivity depending on how far you’ve progressed through the song list.

When you first arrive, these realms are pretty, but ultimately lifeless. To bring life back you’ll have to open tears in the world; tears acting as the playable song portions of the game. The more songs you complete, the more interactions you unlock, and the more life that will return. As Harmonix’s Daniel Sussman puts it, “The worlds themselves are like a trophy case. They’re designed to reflect how much you’ve played and explored. The more you find the more control you have.” 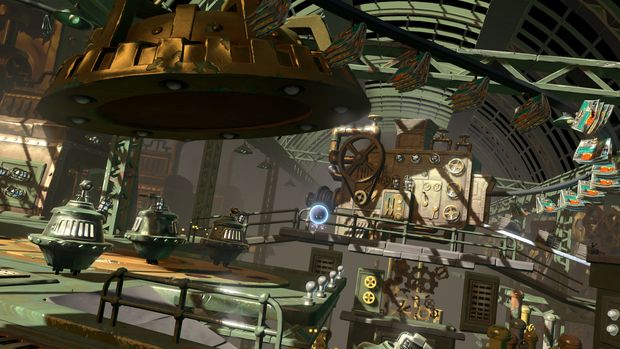 Playing in an underwater realm, the area is little more than a static background of coral and blue. By the time I’ve cleared all the songs and found all the secrets, the realm is filled with all manner of sea life and music. Beyond aesthetics, the realms also act as diversions from the core gameplay. Some have puzzles to solve, others have hidden creatures to find — all of which add to the realm returning to life. With so much to find, Harmonix is making added use of the Kinect, employing a three-dimensional cursor that makes use of Z space, depending on how outstretched your arms are, in addition the X and Y axis.

Harmonix’s more recent titles have offered very clear fantasies that involve music, but never really with you interacting with what you are hearing. Whether you’re dancing or playing plastic instruments, the gameplay stood next to the music. With Fantasia, the gameplay and the music are synonymous, aiming to give players direct control to what they are hearing. This game is about transforming sound into something of your own unique creation.

Songs employ the same sort of beat matching and directional mechanics we’ve seen in past rhythm games. Directional notes will appear on-screen, like little hands on a watch, with you having to swipe in their direction in sync with the beat. What’s unique here is the level of control you have on the music. 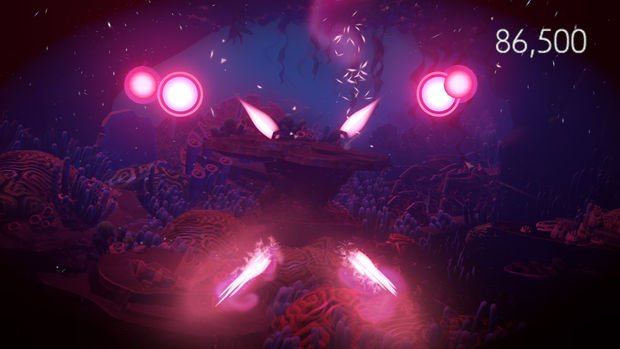 As you play, you will hit intervals where you can manipulate and remix a song with three different  paths to choose from. The pink road keeps the song as close to the master sound as possible, with blue and green offering chances to mix things up. Playing Bohemian Rhapsody, I hit my first interval and opted for the pink route, preserving the songs original bass line. A little ways through the song I hit another interval, this time going for blue, adding an acoustic guitar. The next chance I went green, bringing in jazz percussion.

Just in time too, as I now get to the sound sketcher; an orb that allows me trace patterns, free form, or create new melodies. Any melody line you create in the sound sketcher is modulated too, so everything you make remains in sync with the rest of the song. The final manipulator you’ll find is the prism, similar to the sound sketch in that it lets you add to the song, but the purpose here is to warp and shape the tune, not unlike a wah filter. By the time I played through most of the song, all of my edits have caked on to one another to create a mix all my own. 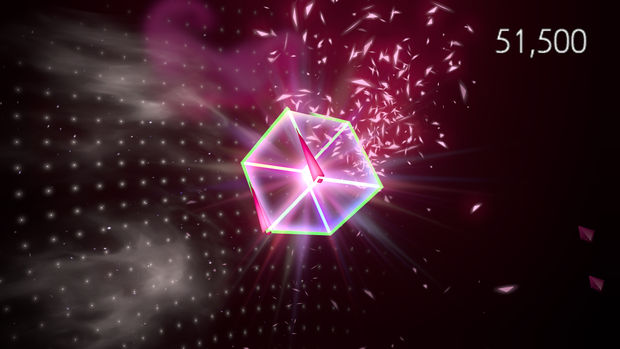 I didn’t walk away from my time with Fantasia all giddy and rosy though. Like the first time I saw Chernabog, there were a few eerie feelings I just couldn’t shake. Chief among these has to be the track list. Fantasia: Music Evolved will feature a very genre-broad track list of contemporary music, with Harmonix only hinting at the possibility of orchestral music, which the movies have arguably made their name on.

So far only five songs are confirmed: Avicii’s “Levels”, Bruno Mars’ “Locked out of Heaven”, Fun’s “Some Nights”, Kimbra’s “Settle Down”, and Queen’s “Bohemian Rhapsody”. Not exactly the type of music that brings back memories of possessed broomsticks and baby Pegasi. When asked why the heavy slant on contemporary songs, Sussman asserts that, “People think about [Fantasia] as a classical music based film, but that’s because classical was largely the contemporary music of the 1940s. Rock wouldn’t be invented for another 10 years, and while there was other contemporary stuff like jazz, which did make into the film, it was largely what was contemporary of the time.” 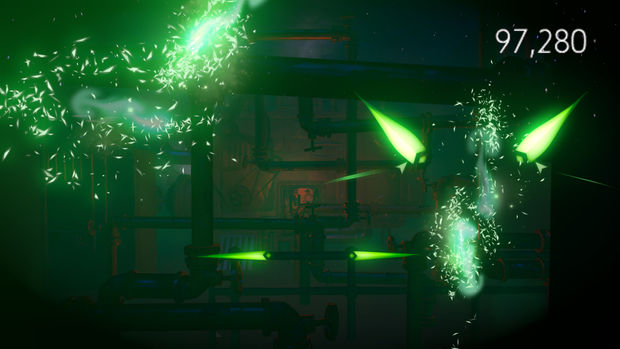 It’s a fair point, to be sure, but I personally hold out hope that there will be more classical music in the game, just so the gameplay can have a more direct link back to the film. Even a couple of realms modeled after some of the film’s shorts would be great. If we only have a few token references to Yen Sid and Mickey to identity this as a Fantasia game, then the name probably doesn’t belong here. When I wasn’t thinking about the higher level design philosophy at work (the manipulation and marriage between music and visuals), there wasn’t a whole lot to remind me that this was related to Fantasia. It’s a bit harder to remember that still when the moment to moment gameplay is Bruno Mars and Avicii. I just hope the narrative, which is usually paper thin in this genre, isn’t the only thing this game leans on to assert itself as the spiritual successor to the film that it claims to be. That said, this is Harmonix we’re talking about. Their pedigree warrants faith.

Still, there’s no arguing that thematically, Fantasia: Music Evolved gets a lot right. The way music and visuals marry and play off of each other are all in tune with what the films set out the achieve, and its all wrapped up in this greater sense of awareness than what we’ve seen in past music games. A feeling that you obviously can’t get from a film or any non-interactive art form. By taking on a property this well loved with Fantasia: Music Evolved, there’s certainly room to step on a lot of fans’ toes. So far, it looks like the folks at Harmonix have their dancing shoes on, and their best foot forward.·