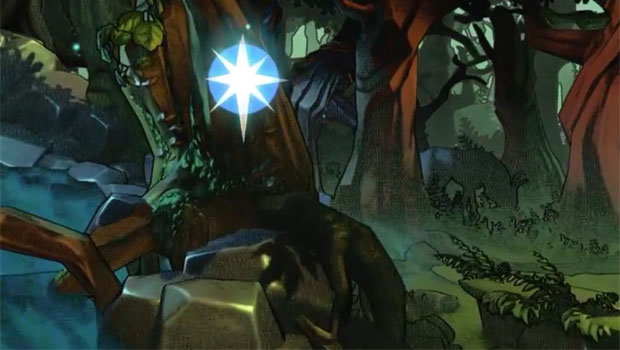 Harmonix has released this trailer for Disney Fantasia: Music Evolved, highlighting a new region of the game, The Hollow, where players will bring a forest environment to life through playing songs and interacting in the world.

Along with this comes some other new information, including the announcement of a cooperative multiplayer mode. Harmonix has stated that the new mode is collaborative, as players choose “remix paths” to change the playing track and introduce new beats and melodies. That’s the sort of thing I think I’m going to want to see operating in action, because it’s not totally clear to me what that means, but I’m certainly curious.

And, finally, we have confirmation of a few new songs which will be making their appearance in Fantasia. Announced songs include tracks from Nicki Minaj, David Bowie and The White Stripes.

Here’s a full list of the newly announced tracks: