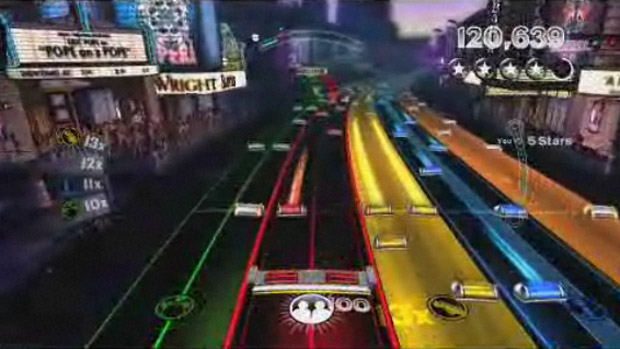 If you’ve been following Harmonix since the early days, the studio’s newly-unveiled game for PlayStation Network and Xbox Live Arcade should look familiar. Rock Band Blitz will have players putting down their instrument peripherals in favor of a gamepad as they jump between tracks to keep up with the music.

In an incredibly smart move, your library of Rock Band songs will be playable in Blitz, and the 25 songs included alongside this new game will also be compatible with Rock Band 3. That makes me feel slightly better about all of those late-night DLC purchases I’ve made over the years.

G4 has an exclusive on the reveal of Rock Band Blitz, including the debut trailer. We’ll have a full preview coming up here in the near future.