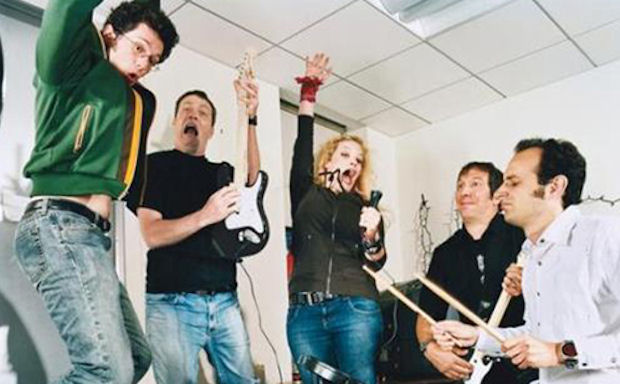 Most of us are looking at the performance of titles like DJ Hero and wondering if the Sun’s starting to set on squeaky plastic instruments. If you’re Harmonix, however, that’s the last thing you’re thinking. In fact, the Rock Band developer believes that the music game genre is yet to peak at all.

“I absolutely do not believe that rhythm-action gaming has reached its peak,” protests CEO Alex Rigopulos. “Of course, 2009 was a tough year with the recession, which especially affects music games given the relatively high price point of instrument bundles. But in the long term, people’s passion for music isn’t going away, and rhythm gaming will continue to provide people with a deeper level of engagement with the music they love. So, yes, I do think that future music games will exceed the sales success of the last generation”

Guitar Hero project director Brian Bright also denies that music games are in trouble, and believes that user-generated content will revitalize them: “If you can’t create or edit licensed music due to copyright laws then you’re limited to pretending to play someone else’s music. I think the key is to create music, but make it compelling to create, so the game is in the creation, not the playback.”

Call me old fashioned, but I think not releasing ten Guitar Hero games a year might make customers a bit more willing to buy music games when they launch. Or maybe that’s just silly talk.