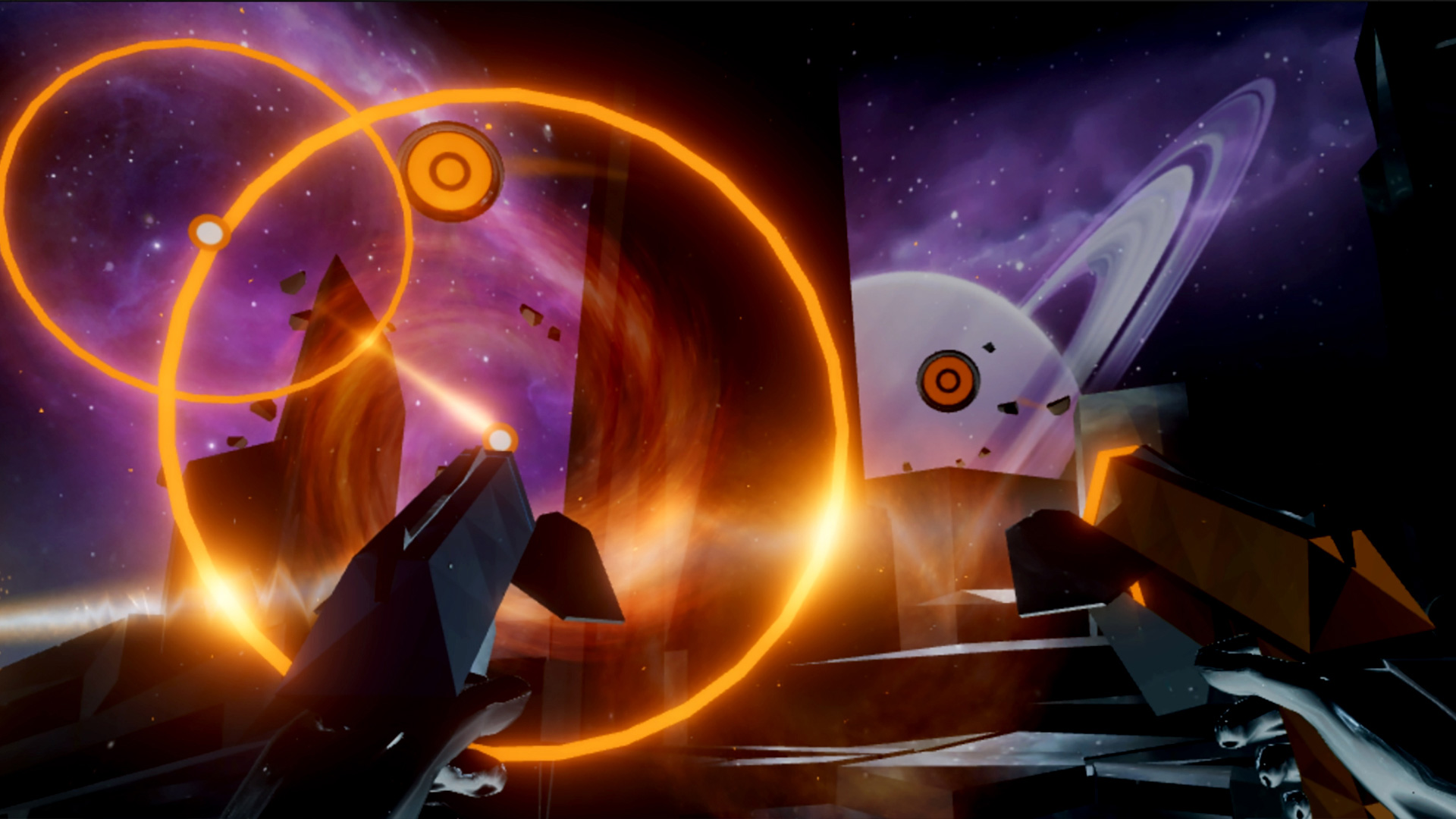 The trailer sold me

Rock Band creator Harmonix is cooking up a new rhythm game for virtual reality players called Audica and it’s brimming with potential. Using a pair of blasters, you’ll shoot, smash, and paint color-coded targets to the beat of the music. I went from halfway curious to fully on board after seeing the trailer.

As if I didn’t already feel guilty enough about missing the gym this week.

The studio says Audica began life as a “passion project for a small team.” As such, it’ll be scaled up in Steam Early Access leading into its full release for Oculus Rift and Vive “before the end of 2019.” Harmonix also noted that it’s “hoping to bring it to PSVR when we exit Early Access later this year.”

I’m not sure if guns will resonate with people the same as sabers in Beat Saber, but the mechanics look tight and it’ll come down to the soundtrack. There’s plenty of room for both games in the VR space.