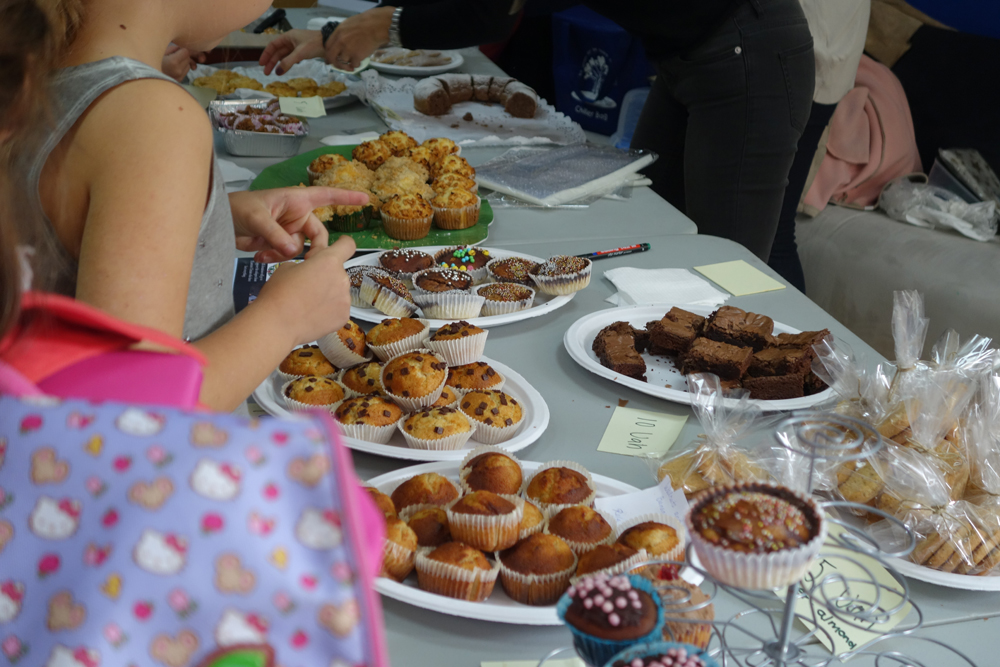 Following the failure of its well-publicized Fig campaign, developer Harmonix announced today it is not giving up its plan to bring the “popular” Rock Band video game to PC. If crowdfunding won’t work, the company says it will turn to a tried-and-true fundraising pastime by holding a bake sale.

“We knew the risks of crowdfunding before we launched our campaign, and unfortunately we became part of the growing statistic of projects that don’t get funded,” explained Harmonix’ lead fundraiser Chelsea Baxter. “We still believe in Rock Band on the PC, even if apparently very few of our fans do. That’s why we’re turning to a more traditional fundraising tactic with this bake sale.”

While loading folding tables into the back of her mini-van and checking to make sure she had enough poster boards, Baxter exalted the virtues of hassling people who are just trying to go about their day.

“Countless church groups, high school bands, and intramural basketball teams have proven time and time again that accosting strangers outside of a supermarket or mini-mall and asking for money in exchange for random baked goods — goods that you know some child’s unwashed hands have been all over — is the best way to raise tens of dollars. Maybe even hundreds if someone bakes up a batch of ladyfingers.”

The bake sale will be held this Saturday outside of the Chino Hills Bank of America. Snickerdoodles will cost 50 cents a piece, Blondies will set you back a dollar, and double-fudge brownies will go for a cool $300,000 each. If this doesn’t work, Baxter says the company will start dropping off employees in parking lots with a box full of candy bars and won’t pick them up until they sell them all.