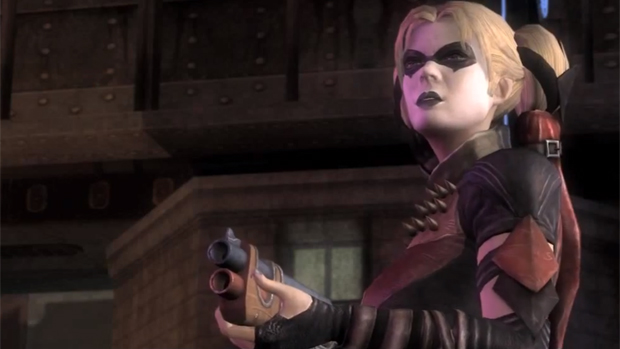 No longer joking around

A new character trailer featuring Harley Quinn has been released for Injustice: Gods Among Us, and it offers some tasty morsels of story tease. In the aftermath of Joker’s destruction of Metropolis, Harley has established herself as a heroic figure and has a fair amount of bitterness toward her time with the Clown Prince of Crime.

And what of the Joker himself? It seems that he’s not in Kansas anymore, and not the Joker responsible for killing everyone Superman loves (leading the hero to establish his new world order). Can you imagine what it would be like as a supervillain to wander into a parallel universe where a version of you is pretty much the worst person ever to have existed? All the fame, none of the satisfaction of having actually done it.

This has made me absurdly excited for Injustice now. My mind is racing at the possibilities that a story mode with the scope of NetherRealm’s 2011 Mortal Kombat could bring.