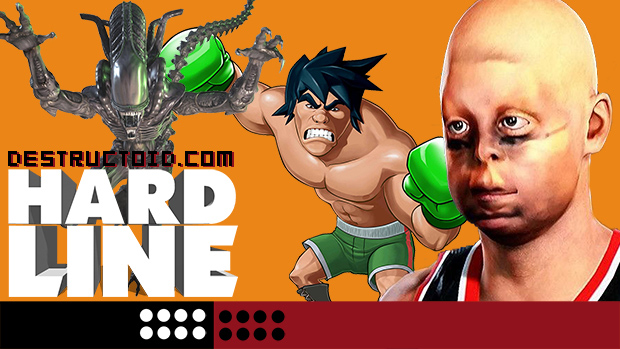 For this week’s podcast, Bill and Brett spoke with me about the first few hours of Alien: Isolation and how its hulking Xenomorph is among the scariest videogame enemies ever conceived. Lot of Alien talk this episode, including an obligatory nod to Colonial Marines‘ crappiness. Like you do.

We also chatted about how Super Smash Bros. is good but far from ideal on 3DS, those hilarious botched face scans in NBA 2K15 that are making the rounds, and Evolve‘s upcoming alpha.