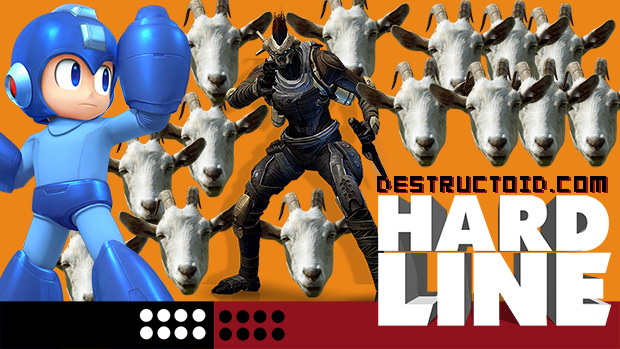 Hardline is back! For this week’s episode, Max filled in to speak with me and Bill about Destiny and how the game fails to live up to Bungie’s pedigree in some areas. Super Smash Bros., on the other hand, is just plain great, even if the 3DS demo is on the short side.

Max also became obsessed with Goat Simulator clones on the App Store and shared his idea for a potential Duke Nukem / Aliens crossover game that would be amazing, in the right hands.