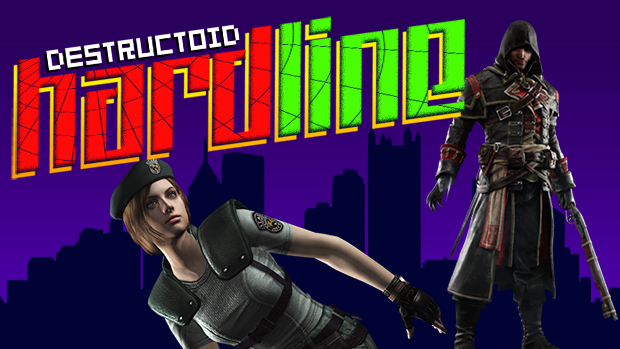 Capcom is bringing a remaster of the Resident Evil remake for GameCube to current systems and that’s good news for folks like me, Brett, and Bill who missed out on it. But all of these re-releases of games that came out within the last couple years? We’re not so sure.

For this week’s episode of Hardline, we also talked about the differences between Assassin’s Creed Rogue and Unity — one has penguins, the other doesn’t — and what lies ahead at gamescom next week in Cologne, Germany. That blasted Steven was a no-show.