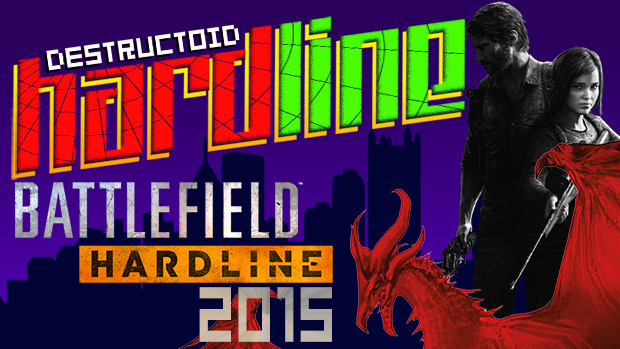 Electronic Arts has delayed not one but two of its major games originally planned for October 2014 — Dragon Age: Inquisition is being held back until November, while Battlefield Hardline is now set for early 2015. In this week’s episode of Hardline, Steven, Brett, and Bill joined me to discuss that decision, the Destiny beta, and Naughty Dog’s comments about how not considering a sequel to The Last of Us “would be a disservice [to the studio and its fans].”

We purposefully went for a shorter run time this week in the hopes that the show would be more easily digestible for those of you watching on YouTube (as opposed to just listening). Actually, we tried to do that last episode too, but it ended up being well over 30 minutes anyway. Whoops.

We did it this time, though. Hope you enjoy!