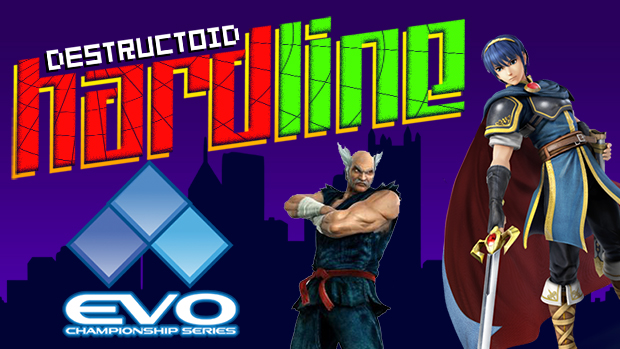 EVO happened over the weekend and holy hell, that BlazBlue grand final was something special (watch it here). The year’s big fighting game tournament was home to spectacular comebacks and we even got some announcements like Tekken 7 and Raiden in Mortal Kombat X.

But it was Smash Bros. that got me, Hamza, Steven, and Brett the most fired up this week as Lucina, Robin, and Captain Falcon were revealed. We also talked about two upcoming not-MOBAs, Battleborn and Gigantic. Find out which is a “yay” and which is a “nay.”

Probably for the best that we took a break between episode 24 and this week’s recording. Some decent game discussion took place and I don’t think a single fetish was brought up.